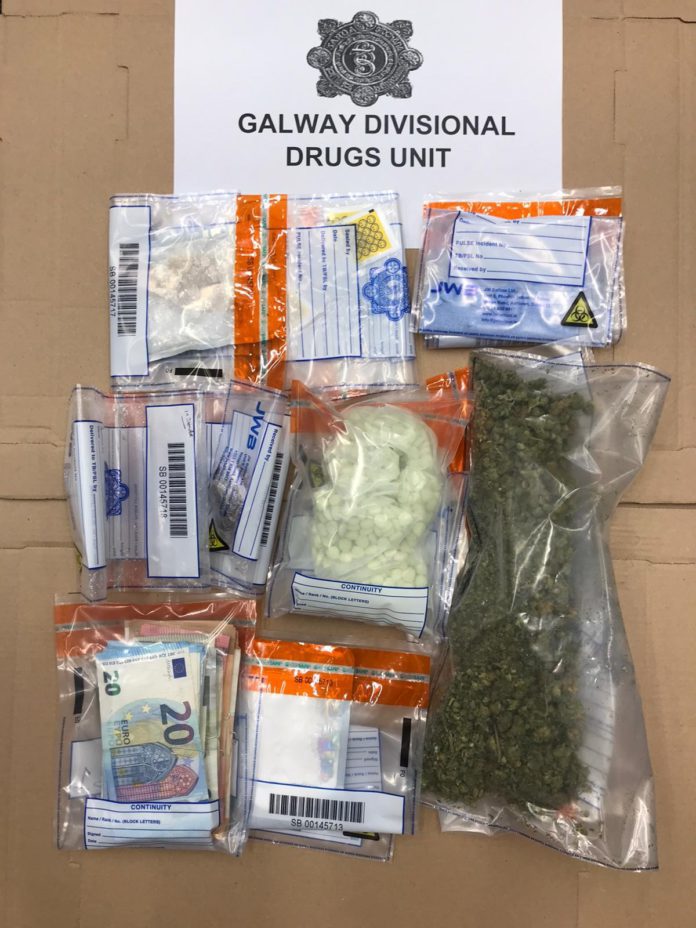 One man was arrested in a raid that saw multiple drugs and cash seized from a property in Galway City yesterday.

Gardaí attached to the Galway Divisional Drugs Unit searched a premises on the east side of the city on Wednesday.

During the search they found cannabis, cocaine, and MDMA with a combined value of €13,000.

Gardaí also seized €2,330 in cash during the course of the search.

A man in his 20s was arrested at the scene by Gardaí as a result of this search.

He was detained for questioning under the provisions of Section 4 of the Criminal Justice Act, 1984 at the North Western HQ, Galway.

The man has since been released, a file will now be prepared for the Director of Public Prosecutions.

All of the drugs seized will now be sent to Forensic Science Ireland for further analysis.