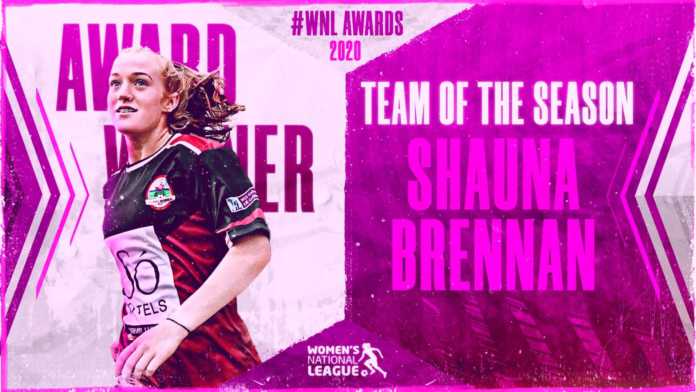 Galway WFC’s Shauna Brennan has been named to the Women’s National League’s 2020 Team of the Season at the annual League Awards.

Brennan was also shortlisted for Young Player of the season, but lost out to Ellen Molloy of Wexford Youths.

Karen Duggan of Peamount United was named the overall Player of the Season, while her club mate Aine O’Gorman was the top goalscorer.

The full Team of the Season named at the awards was: