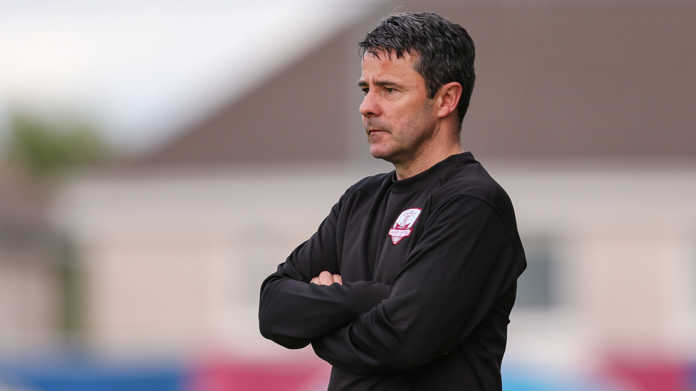 Galway United has announced that Gary O’Connor has taken up a new role as First Team Coach, moving up after a season and a half in charge of the Tribesmen’s under-17 team.

O’Connor has a strong history with Galway football in many roles, having previously assisted Galway United Head of Youth Development Johnny Glynn at Mervue United.

He also helped United to win promotion from the First Division in 2014, and held the position of interim at the club for a short spell before taking charge of United’s under-17s.

Caulfield said that he is “thrilled” to bring O’Connor back into the fold at the senior team, citing his experience and emphasising the importance of having a strong backroom team before the 2021 season.

“Gary assisted me for a while when I first took over, but the circumstances didn’t suit for him to get involved fully then, but we’re delighted that things have changed and it suits Gary to become a part of the backroom staff at the club now.”

“He’s an excellent coach with a great personality, and he’ll fit in well with the management team we have in place.”

Speaking about his new role at the club, Gary O’Connor said that he is looking forward to getting involved with the club, and that he can’t wait to work with John Caulfield after seeing how results turned around at United after he got involved.

“John is a manager I really respect, he’s one of the top managers in the country, so to work alongside him will be fantastic.

“I can see the work that’s already being done in the background, everything is in place and we’re ready to go now. It’s going to be tough, but hopefully it will be a successful season.”

“It’s an honour to be back involved with the club again, I thoroughly enjoyed my two previous spells as assistant, and with the team that’s being assembled and the calibre of coaches and management at the club, it’s very exciting times ahead.”

“One hundred percent is going to be expected of everyone, Galway United is too big of a club to be stuck in the First Division, but it’s going to take serious effort to get us back to the Premier Division where we belong.”

Galway United hope to keep their momentum going to the playoffs

Galway United eye back to back wins with Cabinteely game

No injuries reported after crash on the N59

Briain Kelly - October 27, 2021 0
There were no injuries reported following a road traffic crash on the N59 on Tuesday evening.Gardaí attended the scene of a single vehicle collision...

Fundraiser for medical treatments of young woman hit in face by...