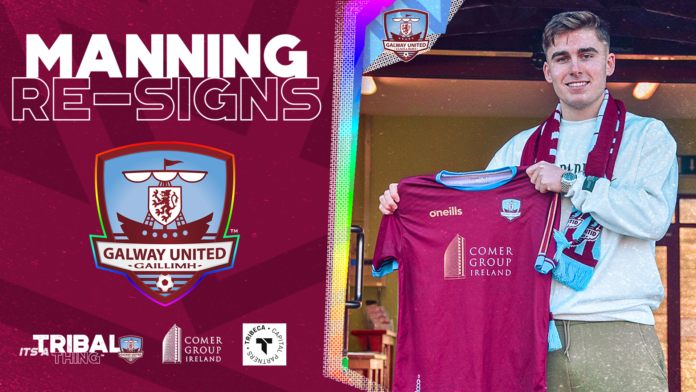 Galway United have announced that Ronan Manning has re-signed for the 2022 season, after a promising start to last season was cut short due to injury.

Manning, who has now fully recovered from an anterior cruciate ligament injury, said that he is delighted to be resigning at Eamon Deacy Park.

Speaking to Galway United’s media team, Manning said: “Obviously last year didn’t go the way I wanted to go with injury and stuff like that.

“I just got through the rehab and surgery went well, I’m looking forward to getting back into it next year.”

The creative number 10 originally signed for Galway United in 2017, joining the Academy U19s.

He then joined Athlone Town for the 2019 season and 2020 was Ronan’s breakthrough season, contributing goals and assists for Athlone before returning home to Galway United for the 2021 season.