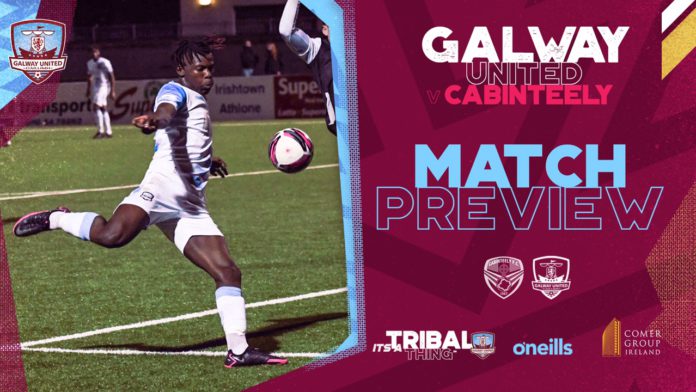 Galway United are headed to Dublin on Friday to face off against the First Division leaders Cabinteely in their third match of the season.

United will be hoping to get some momentum this weekend coming off a 3-1 loss to Athlone Town last Friday, and an indecisive draw against Shelbourne before that.

Cabinteely are in a very strong position, as the south Dublin club are currently at the top of the First Division leaderboard as the only club in the division to have won both of their first two matches.

Francely Lomboto and Caoilfhionn O’Dea will both miss Friday’s game, due to a long term injury in the case of Lomboto, but it is hoped that the rest of the United lineup will all be ready to play.

Galway United manager John Caulfield said that he knows that they are in for a tough game on Friday, as Pat Devlin and Eddie Gormley have put together a highly competitive side in recent years.

“Every team has improved this season and anyone can beat anyone in this league. We just have to keep working hard and give a much better performance than we did last week. It is a huge game for us,” he told the club’s media team.

Galway United v Cabinteely will take place at Stradbrook Road on Friday, April 9, with kick off at 7:45pm.

The game will be live-streamed on LOI TV. Season ticket holders receive a free pass for all 135 League of Ireland games and have been emailed their unique access code for Friday’s match.