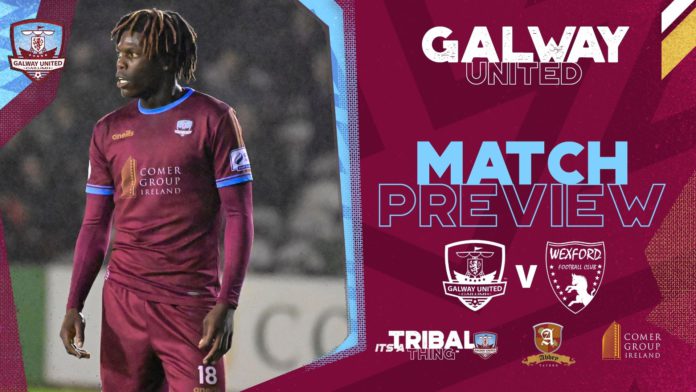 Galway United are headed into the last three matches of the season before the playoffs, starting with a home game against Wexford this weekend.

Galway and Wexford will meet at Eamonn Deacy Park this Friday, October 15, with kick-off at 7:45pm.

Galway manager John Caulfield said that they have seen Wexford’s strong performances in their last two meetings, and that they will need to ensure their own performances keep good.

Speaking to the club’s media team he said that it was encouraging to have secured back-to-back victories so shortly before the playoffs, and that they were happy to be getting two home games in a row.

“Winning gives you that confidence so hopefully we can keep doing that up until and including the play-offs,” Caulfield said.

United will have some optimism and momentum headed into this match, coming off two wins in a row against Cobh Ramblers, which ended 1-0 to Galway, and a very solid 4-1 win against UCD.

On top of that, the last time Galway United played Wexford at the end of July the Tribesmen secured a 3-1 victory at Ferrycarrig Park.

This time Galway will also have the home field advantage. But Wexford have also been on a strong streak, having won three of their last four League encounters.

Galway United are currently in second place on the First Division table with 42 points, three ahead of UCD, but well behind the leaders Shelbourne. Wexford are sitting at the bottom of the table right now at 15 points.

Three Galway players won’t be available for this week’s game, as Francely Lomboto and Ronan Manning remain out of action due to injuries, and Mike Rowe is serving a suspension.