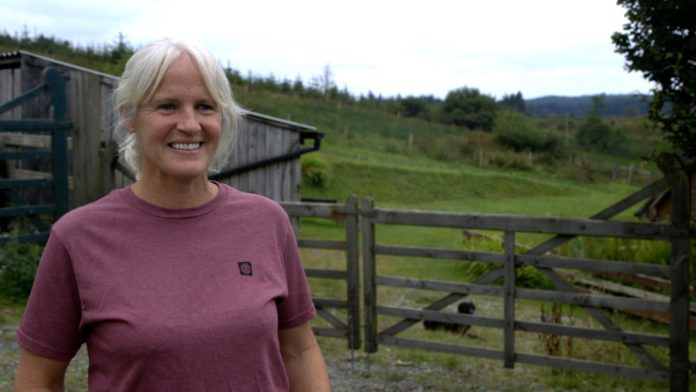 The deadline is fast approaching for people to vote for Galway farmer Nia O’Malley who is competing with six other farmers in the the Farming for Nature (FFN) awards.

Nia O’Malley is one of seven ambassadors chosen for the public vote awards and people have until midnight on 22 October to view a short series of farm videos and choose their winner.

Nia, who farms 60 hectares in the Slieve Aughty Mountains, took over the family farm in 2010.

Since then, she has worked incredibly hard to rebuild and regenerate the farm, doing so with respect and consideration for the natural landscape and wildlife of the area.

Speaking after she was announced as an ambassador last month, Nia said: “Something you learn as a hill farmer is you have to adapt to the area – you can’t just come in and change things as you wish.

“You have to adapt to the land and work with the land, rather than forcing the land to adapt to your farming practices.”

Now in its fourth year, FFN was set up with an aim to source, share and celebrate the stories of farmers across Ireland who manage their land in a way that sustains nature, while providing a livelihood for their family.

This year’s ambassadors come from right across Ireland and include beef, sheep, horticulture, dairy and tillage farmers who manage a wide range of very valuable habitats including species-rich grasslands and heaths, wetlands, woodlands and hedgerows.

The ambassador network is made up of family farms, couples, and both male and female farmers.

The seven ambassadors will be featured at the annual Burren Winterage Weekend on October 23 when the winner of the public vote will be announced.

Sixteen additional ambassadors will be announced and profiled over the coming months, joining a network of 43 ambassadors from 2018, 2019 and 2020.

To view the short farm videos and vote, go to https://www.farmingfornature.ie/awards/voting/.