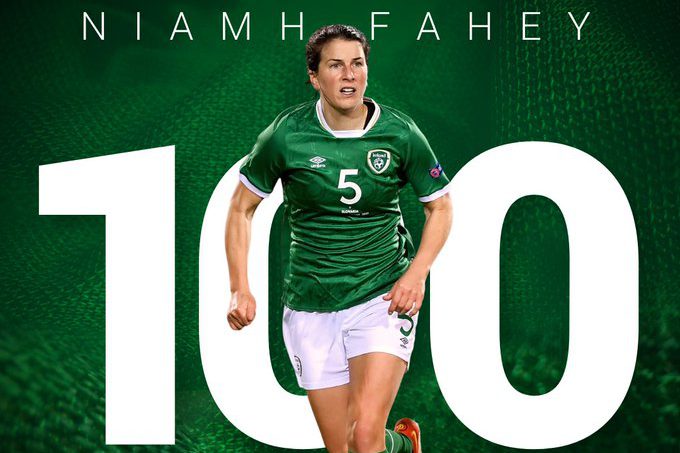 Niamh Fahey has earned her 100th cap for the Republic of Ireland, becoming only the fourth player to reach the milestone for the women’s national football team.

The Galway native captained the side on her 100th appearance in a 2-1 win over Poland in the southeast of Spain on Wednesday.

Fahey was presented with a special gold cap by FAI President Gerry McAnaney and Manager Vera Pauw earlier in the week, as the team prepared for their first game in the Pinatar Cup.

It was a well-earned win for Ireland against Poland, with goals from Lucy Quinn and Louise Quinn cancelling out a Polish penalty.

Ireland will now play Russia on Saturday, after they beat Hungary on penalties yesterday.