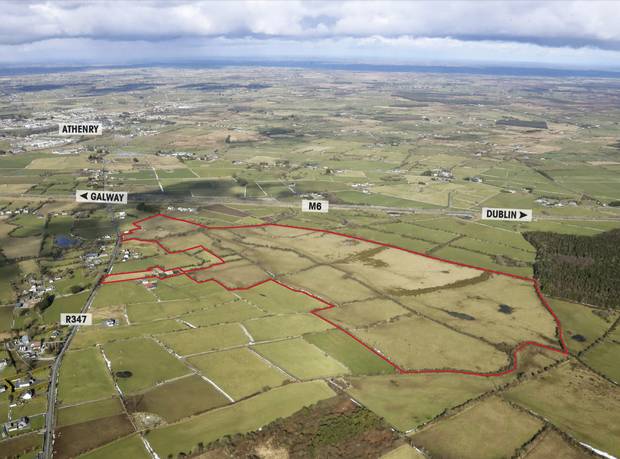 Mountain South, the area of land the GAA previously owned but couldn’t afford to develop, is set to become a soccer GAA Centre of Excellence.

According to the Connacht Tribune, the 103-acre site, recently sold to the Luke and Brian Comer from Glenamaddy, will be transformed into a centre to develop future soccer players.

Talented youngsters from 11 years up can take advantage of six soccer pitches and a huge gymnasium while 30 apartments are expected to be built to accommodate 100 youngsters.

The Comers are Galway United’s main financial backers and aim to put €20 million into the project with plans already submitted to Galway County Council.

The GAA paid €2.8 million for the site during the boom but weren’t able afford to turn it into the Centre of Excellence for hurlers and footballers.  And with interest rates seriously damaging Galway GAA’s financial status, they sold it for what’s believed to be less than €1 million.

Luke and Brian Comer purchased the property and now hope to create a base for bringing through future Galway United player and Irish internationals.

GAA’s Mountain South to be turned into a €20m Soccer Centre of Excellence https://t.co/Qqe0JeaaZc via @ctribune

“The plan is to put some of our best underage talent on a proper footing and this is the only way to do it,” said Luke Comer to Declan Tierney from the Connacht Tribune.  “It requires proper investment but I believe that we will see the rewards in five or six years and definitely before 10 years.

“We have been investing in Galway United for many years but they need a proper structure in which to be successful.  Otherwise, they will just continue as they are and we are not happy to see that situation.

“Our ambition is to have Galway as the biggest Centre of Excellence in the country.

“Galway will be the place to go for some of the top young soccer players who want to make it a career.  That is what we want.”

After a disappointing season where they only finished sixth, Galway United will remain in the Airtricity League First Division in 2019.