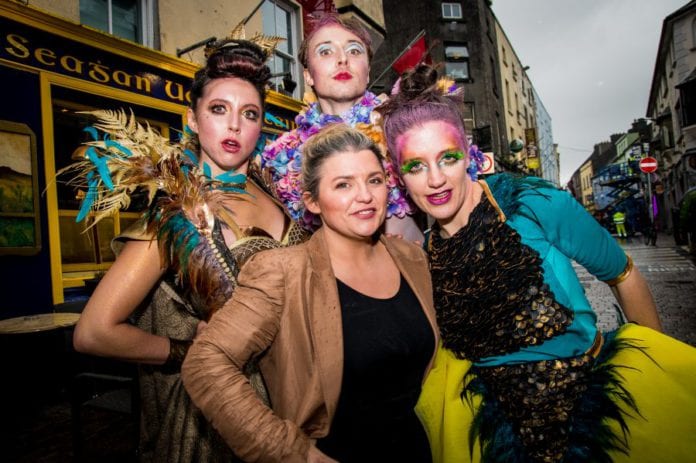 Macnas Theatre Group are looking for volunteers to help them shepard this year’s Halloween parade through the streets of Galway and Dublin.

The annual Macnas parade is truly one of the highlights of Halloween in Galway every year, as tens of thousands gather to watch the signature massive, fantastical creations roll through the city streets.

This year’s parade ‘Out if the Wild Sky’ will feature everything that people have come to expect from Macnas’ Halloween spectacle like pyrotechnics, bespoke costumes, and epic performances to live and original music.

And of course all of that will be alongside massive sculptures and other creations on their floats.

Volunteers are needed for the Macnas parade to serve as stewards and float pushers for the Halloween parade’s in Galway on October 28, and in Dublin  the following evening.

Anyone interested in volunteering for either night can apply online here.

For ‘Out of the Wild Sky’ Macnas takes its inspiration from Galway as a city going through a period of great transformation.

Through fantastical imagery they’ll create a world that is hypnotic and intoxicating, glittering, mysterious and filled with shadow and nobility.

Between the white fire of the stars and the whispering woods you can hear the breath of small kingdoms rising and falling,dreams floating light as moths among the branches of the trees, where sweetness and tangibility flickers amongst the dark hug of time.

Macnas bring “Out of the Wild Sky” to the streets of Galway, packed full of love and magic, as they sculpt a new cosmos into being, where the language of birds and the stars take flight, bells ring out stitches of lightning burst forth as a new horizon lights up the deep and the wondrous and lifts up the sky.