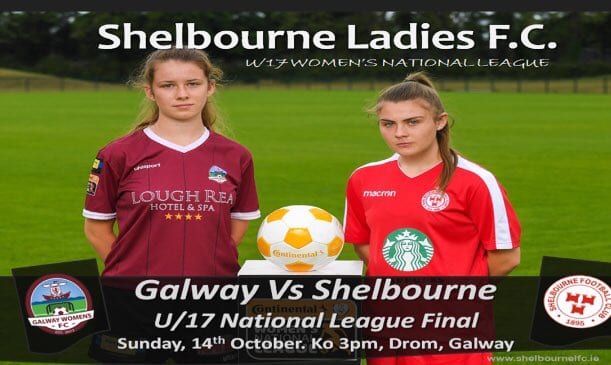 Galway Women’s FC go in search of national silverware this Sunday (14th October) when they take on Shelbourne in the Continental Tyres Women’s National under 17 League Final.

They booked their final spot after a dramatic 2-1 win over Limerick at Hogan Park. They will face their Group One rivals Shelbourne who made it to the final after a 2-0 win over Waves.

The game will take place in Drom at 3pm and is the second part of a double header of big matches for Galway women’s football.

Galway’s seniors are in action on Saturday (13th October) when they host league leaders Wexford Youths in Mervue (2pm).

The Tribeswomen can’t break into the top three as they sit 11 points behind third placed Peamount United but need to hold off the challenge of Cork City FC who are just three behind with three games remaining.

It’s a big home weekend for both teams and Galway WFC are hoping supporters will come along and support.