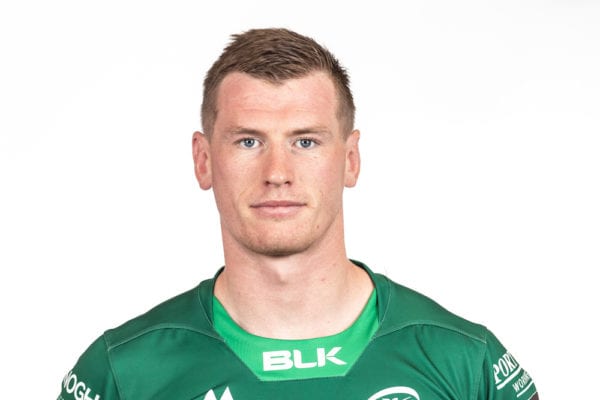 Connacht Rugby are delighted to announce that lock Gavin Thornbury has signed a two-year contract extension to take him up to the end of the 2020-21 season. The 24-year-old has made seventeen appearances since joining the province in 2017.

Prior to joining Connacht, the Dublin native spent six months in New Zealand where he played for club side Border on the North Island and helped them to victory in the Wanganui premier club competition.

During that time, he also played for the Wanganui provincial representative team.  He has previously represented Ireland at Under 20 level.

We are delighted to announce that lock Gavin Thornbury has signed a two-year contract extension to take him up to the end of the 2020-21 season.

“Gavin is a top-quality player who has really impressed me and everyone at the club,” said coach Andy Friend to Connacht Rugby’s official website.  “He is a big powerful player who is continuing to get better and better the more he plays.

“He has a really bright future and has the potential to play consistently at the highest level. He will be a vital player for us in the seasons ahead.”

“I’m absolutely delighted to extend my contract with Connacht,” added Thornbury.  “I am part of an excellent squad that is full of ambition about where we can go and what we can achieve.

“I am really enjoying my time at Connacht and I look forward to many more games in the Connacht jersey.”

Connacht host Bordeaux Begles in their opening game of the 2018-19 European Challenge Cup on Saturday, 13th October.  Kick-off at the Sportsground is 3pm.