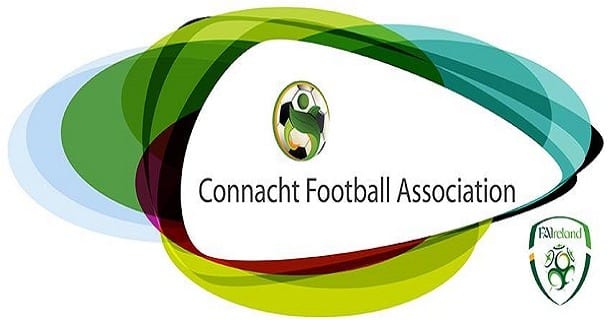 The draws for the TP Brennan Connacht Cup and Shield quarter-finals have been made with eight Galway teams in the hat for the games scheduled on the weekend ending March 4th.

Just seven days before they face Newmarket Celtic at the same stage in the FAI Junior Cup, Mervue United have been handed an away tie against Boyle Celtic or another Galway team St. Bernard’s in the Connacht Cup.

Those two teams will go head-to-head this Sunday (18th February) at 2pm in Abbeyknockmoy to book their passage into the final eight.

Renmore are through to the Quarter Final of the Connacht Junior Cup for the first time in over a decade. Full match report on our Facebook page. pic.twitter.com/XAg8e6HLPY

Renmore have been handed a home tie when they entertain Carbury FC.  And West United are still in contention with a possible away game in Athlone against St. Peter’s FC.

First of all, West United must come through Ballisodare United in Round Four and that meeting also takes place this Sunday in South Park at 2pm.

The other quarter-final pits Castlebar Celtic at home against Merville United or Achill Rovers and that fixture will take place the weekend of March 11th.

In the Connacht Shield quarter-finals, two Galway teams will face off after Colemanstown United were drawn at home against Corrib Celtic B.  Kilkerrin United also have home advantage when they meet Manulla B.  While West Coast United with travel to Tubbercurry for their match against Real Tubber.

All games must be decided on the day with penalties taking place if the teams are still level following two 10-minute periods of extra-time.

Colemanstown United vs Corrib Celtic B

Kilkerrin United vs Manulla B

Juniors have been drawn away to either Boyle Celtic or St Bernards in the quarter final of the Connacht Junior Cup. Game to be played first weekend in March.