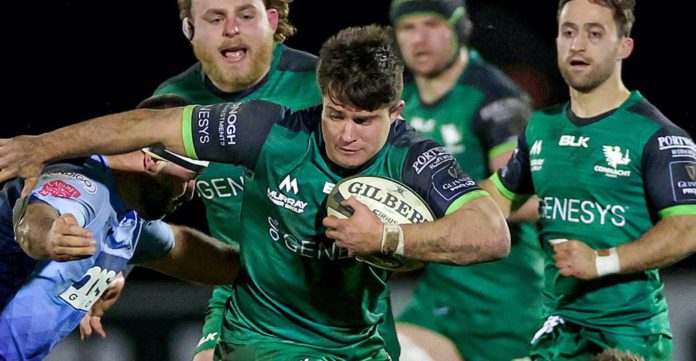 Connacht have named their side for the crucial Guinness PRO14 match against Munster this Friday, with three members of the Ireland squad once again brought to the starting lineup.

Bundee Aki is retained at centre following his release from Ireland duty last weekend, while Dave Heffernan and Ultan Dillane both start at hooker and second row respectively.

This will be a crucial match for Connacht and Munster, as both sides are vying for the top spot in Conference B of the PRO14, with Munster currently holding a substantial nine point lead.

Connacht don’t have the strongest recent record against Munster, having lost their last six matches against the southern province.

But after a slow start to the year, Connacht have managed to come out on top in their last five away games. These two conflicting things will no doubt be at the front of many minds in Limerick on Friday evening.

Head Coach Andy Friend said that the importance of this Friday’s match is not lost on the squad, and that everyone knows exactly what they need to do on Friday.

“There has been barely any talk of securing Champions Cup qualification because our first objective has always been 1st place in the Conference B, so all our focus since last weekend has been on getting a win that gives us that fighting chance of a final spot.”

“Thankfully we haven’t picked up any major injury worries in our last two games so we’ve a pretty healthy squad apart from our long-term absentees.

“We’ve named a very experienced starting XV but we’ve made sure to also reward those who showed good form in our last few games. Overall we’re in a positive place and we’re really looking forward to the challenge.”

Ahead of the game all Connacht players and management returned negative results in the latest round of PCR testing.