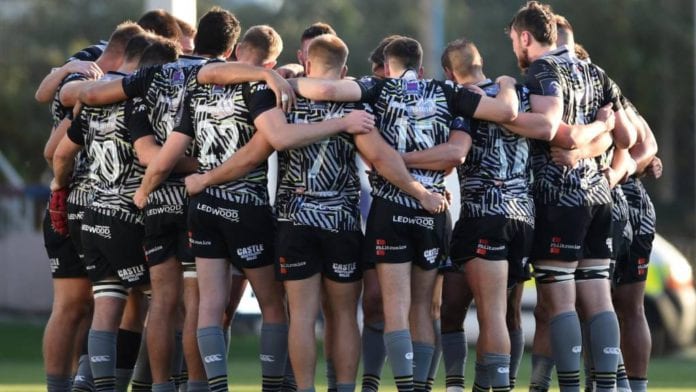 Ospreys have named their team to take on Connacht on Friday (26th October) in the Guinness PRO14 Championship.

Scrum-half Harri Morgan makes his Ospreys debut while centre Tiaan Thomas-Wheeler lines out in the Guinness PRO14 Championship for the first time.

The teams have met 30 times in the domestic league with Ospreys successful 21 times.  Their last meeitng in the Liberty Stadium last April saw the Welsh outfit run out 39-10 winners thanks to tries from Scott Otten, Jeff Hassler, Ashley Beck, Hanno Dirksen and Dan Evans.

Hassler, Dirksen and Evans take their places in the starting team along with Welsh international Dan Lydiate.

“We’re all really looking forward to playing at the Brewery Field,” said Ospreys Head Coach Allen Clarke to the club’s official website. “The boys love playing at the Liberty but going to Bridgend is an exciting prospect.

“It’s a club with a great rugby history, which many of the boys have played for in their early years.

“We play Glasgow next Friday at home and the boys need the time to recover before preparing for another important game. We appreciate the logistics for staff and supporters alike but it’s a great opportunity to fill the ground and create a fantastic atmosphere.”