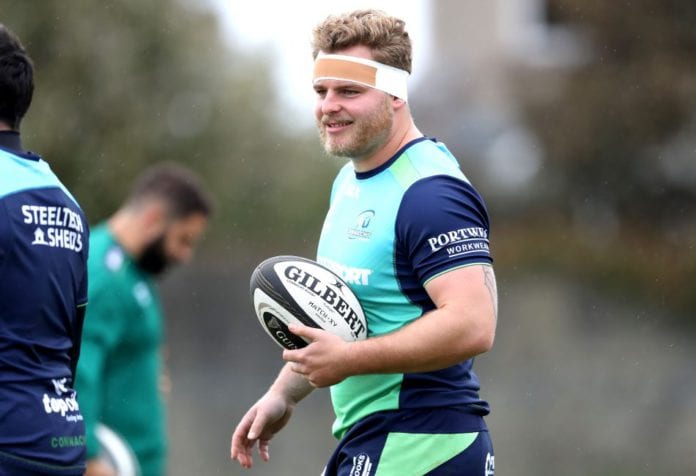 Connacht’s expected easy run has failed to materialise at half-time as Zebre hold the advantage in the Guinness PRO14 championship in the Sportsground.

A try for Renato Giammarioli on 19 minutes followed by a Carlo Canna conversion has given the visitors the interval lead and they were just a slight forward pass away from a second score.

Canna’s pass to Gabriele Di Giulio, who set up the first try, was referred to the TMO after a second try was initially rewarded that would have put the hosts in serious danger.

Craig Ronaldson opened on 16 minutes with a penalty before Giammarioli’s try but despite dominating the scrum, Connacht have struggled to exploit gaps in the Zebre defence.

Tom Farrell was put through by Caolin Blade near the end of the period but Zebre held out before Kieran Keane’s men opted for a second placed kick before the break which Ronaldson put over to leave one between them.

Galway born Kieran Gaffney went off injured early for Zebre while Naulia Dawai briefly made way for John Muldoon.  But Connacht were showing signs of breaking the opposition and will need to make serious inroads in the second half if any thoughts about a bonus point are to be entertained.

But at the moment, their first priority is to avoid a third consecutive loss against Michael Bradley’s men.