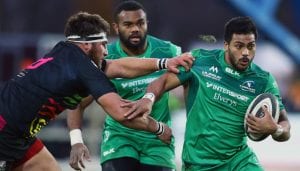 Connacht seek eight consecutive home wins in all competitions but they face an Italian outfit who sprung two wins over the western province in 2017.

Before Kieran Keane’s men went on a strong Christmas run that secured wins over Brive and Ulster, and a close clash with form side Leinster, Zebre delivered a shock 24-10 win in December.

This followed the Parma side picking up a 25-22 victory over the reigning Guinness PRO12 champions in April (their first ever loss).  And while Connacht are raging hot favourites to follow up last week’s win over Ospreys, they will be guarded from complacency.

Michael Bradley was Connacht coach between 2003 and 2010 and makes his return to Galway having left to take over the Georgia national team before heading to Italy.  His team have been preparing in Cork for the last week following their 33-5 loss to Munster.

Zebre are 10/1 outsiders with Connacht priced at 1/18.  And the handicap is 21 points but the home team will know five points is critical in their race with Cardiff Blues for a Champions Cup place.

Connacht lie in fifth place in Conference A on 28 points, just one behind the Welsh outfit and make four changes from the team that were 26-15 winners over Ospreys last Friday evening.

This man will be making his 100th appearance for us against Zebre on Friday Night.

Catch up with all the Team news here… https://t.co/jvgX5d7XER pic.twitter.com/86gPZ4uZiR

Prop Finlay Bealham will lead the team in his 100th cap, Sean O’Brien returns from a shoulder injury at number eight, Darragh Leader starts at full back with Gavin Thornbury is named in the second row.

Keane has Irish internationals Kieran Marmion and Quinn Roux on the bench along with John Muldoon and Conor Carey.  But Zebre have a full deck with three Italians who face Ireland last Saturday named in the team.

Connacht are more settled from the that which folded in December and they haven’t lost at home to Zebre.  That shouldn’t change in this game and anything short of a bonus point will be considered a disappointment.