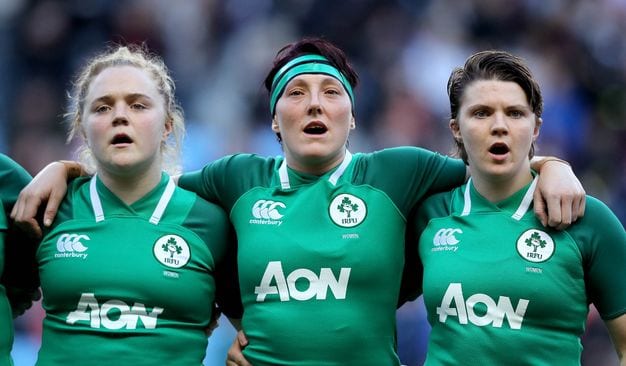 The Ireland Women’s Squad for the November Test matches against the USA and England has been announced and head coach Adam Griggs has included six Connacht internationals including two uncapped players.

They are Beibhinn Parsons and Aoibheann Reilly, co-captains and key players in the Connacht Under-18s’ historic Interpro trophy win this month. The four other players are from Galwegians – Laura Feely, Nicole Fowley, Nichola Fryday and Edel McMahon.

Ireland host the USA in Donnybrook on November 18th before travelling to Twickenham to meet England six days later.

“The coaching group are really excited to name this side for the November series,” said Griggs to assembled media at the squad announcement.  “We are up against two good teams and it’s a good chance to blood new talent and get in preparation ahead of the Six Nations.

“This year we have included three development players in the panel. They are going to be fully immersed in the squad with an eye on fast tracking their development and making sure in a year or two they will be ready to go at international level.

“In saying that, when they come in to compete with the other players in the squad, if they are doing their job well, they have every chance of being selected.”

WOMEN'S RUGBY NEWS | Six Connacht players have been included in the Ireland Women's squad for the upcoming November Internationals against USA and England.