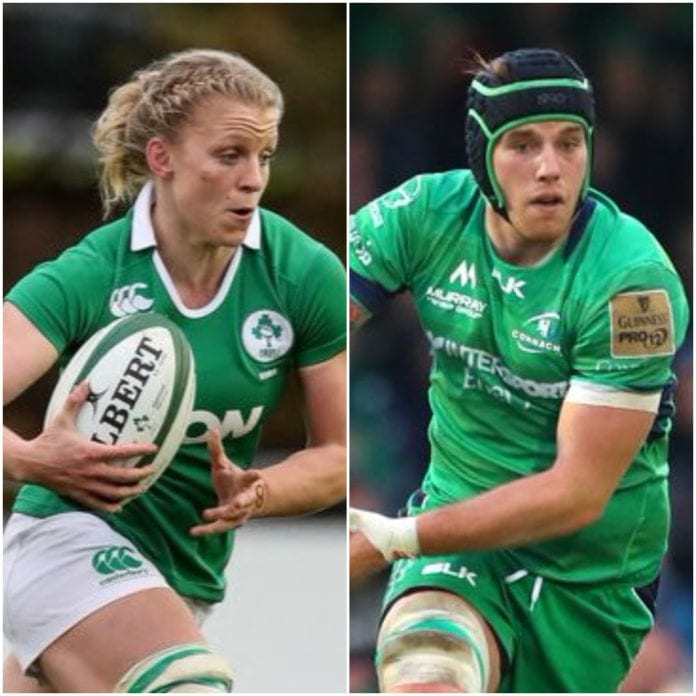 Galway’s Claire Molloy and Connacht’s Jake Heenan are among the nominees for the Zurich Rugby Players’ Player of the Year Awards which will take place in the Clayton Hotel, Ballsbridge in Dublin on May 16th.

Flanker Molloy is named among the three candidates for Women’s Player of the Year and she’ll be up against Ireland captain Ciara Griffin and centre Katie Fitzhenry.

The former Galwegians player was named the Rugby Writers Player of the Year last October following the World Cup and continued that form into this year’s Six Nations where her tackling and work rate saw her receive more plaudits from peers and pundits.

Connacht’s Jake Heenan, who departs the province at the end of the season is nominated for the IRP’s Medal of Excellence which is “awarded to the individual who has shown exceptional commitment to the game of rugby both on and off the field.”

The 26-year-old New Zealander has been capped more than 50 times by the Westerners and won this award in 2017.  He will be up against Grenoble’s Duncan Casey and Leinster’s Rhys Ruddock.

The overall Player’s Player of the Year Award will be contested between two players each from Leinster and Munster.

Jordan Lamour, James Ryan and Jacob Stockdale are up for the Young Players’ Player of the Year prize. And the Women’s Sevens Player Award will be contested by Ashleigh Baxter, Stacey Flood and Lucy Molloy.

There are also three scores up for ‘Try of the Year’ – Andrew Conway for Munster against Toulon, Jacob Stockdale or Ireland against Wales, and CJ Stander in the Six Nations against England.