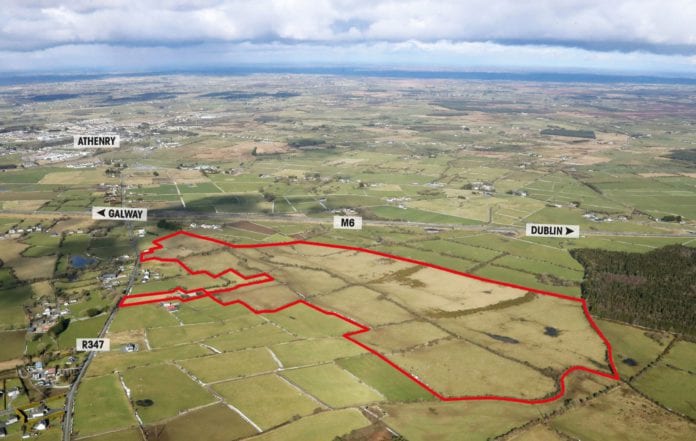 Galway GAA are selling off 103 acres of land it owns at Mountain South just outside Athenry later this week.

The land was purchased during the Celtic Tiger with plans for a state of the art centre of excellence which the county board has now decided to abandon.

According to the Irish Independent this would have included six pitches with shelters, an all weather pitch, sports hall, gym, dressing rooms, car parking facilities.

The property is comprised of farmland with internal field divisions, pig and cattle sheds, and a three stable block.

The land is reclaimed limestone land, bordered on the north edge by the Esker river, and is currently used for grazing sheep and cattle.

The sale is being handled by Athenry based auctioneer Cathal Moran who has his own proud history with Galway GAA, being a former All-Ireland Under 21 winner winner himself.

The land has an estimated price of €75,000 per acre, or just over three quarters of a million euro for the entire property.

The sale will take place at a public auction at the Raheen Woods Hotel in Athenry this Thursday the 26th at 2pm unless a deal is reached ahead of that time.