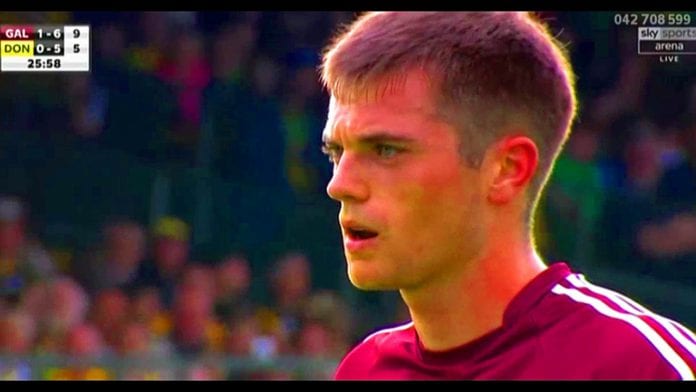 Corofin’s Liam Silke was named as the inaugural AIB GAA Club Footballer of the Year at the Awards banquet in Croke Park on Saturday night.

Silke was selected at corner back on the football team and claimed the Footballer of the Year award in recognition of his massive contribution to the Galway champions in their march to AIB GAA club championship glory.

He was joined by Cuala’s Sean Moran who scooped the hurling award and both were presented with the honours along with their peers who formed two All-Star teams in both codes.

Moran had been picked at centre back on the hurling team and was honoured with the overall award in recognition of his immense leadership role in Cuala’s impressive defence of the AIB GAA All-Ireland club title.

Including Silke, six Corofin players were among the 15 named on the football team.  Kieran Fitzgerald and Dylan Wall were in defence with Michael Farragher named at midfield.  Ian Burke and Martin Farragher were in the attack.  Liam Mellows’ Adrian Morrissey was picked at wing forward in the hurling side.

The awards, which were voted on by a selection of GAA media, were presented by Uachtarán CLG John Horan, and Head of Retail Banking in AIB Denis O’Callaghan.