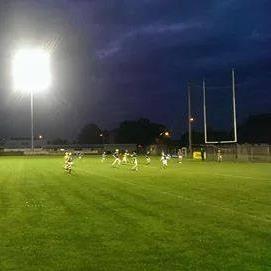 I was driving home last Monday evening (1st October) and I nearly sent the car into a ditch on the Ballinasloe to Roscommon road listening to ‘Over the Line’ on Galway Bay FM.

The lads were having a good debate about the senior hurling championship, the number of teams in the top tier and audit findings in a press-free room.

Firstly, let’s just state I was in complete agreement – that the senior championship is an exciting format, there are too many teams (at least six too many) playing senior hurling and we won’t be talking about any financial issues until they are released to the public.

It wasn’t what the lads were saying that nearly caused me to have a car crash.  It’s what they weren’t saying!

Eventually, it was brought up about the lack of floodlight facilities in the county and one even chimed in saying wouldn’t it be great if there was floodlights in Tuam.

Yes, Tuam should have floodlights!  So, should Athenry!  And while I want to say Pearse Stadium, the residents don’t them in Salthill so it should be left well enough alone.

But what is the point in having a conversation about floodlights in other venues when there is a perfectly good ground in the county with that facility.

In fairness to the lads, they were talking about inter county games and were perfectly right as Ballinasloe probably wouldn’t be in a position to stage National League or Leinster championship games at the moment.  But nobody asked in this discussion, why not?

Floodlights arrived in Duggan Park in 2014 but any redevelopment work seems non-existent after Galway GAA claimed they were committed to “a continuous and graduated agreed investment programme in those grounds to restore them to the highest standards.”

Now, some will start speculating but I’ve no interest in doing that.  The question I’d like to ask now is what is going to happen when Galway GAA finish dealing with more immediate matters?

The Development Advocates for Tuam Stadium (DAFTS) have been doing amazing work in raising funds to “support the future and further development of Tuam Stadium as a major centre for playing GAA games at all levels.”

They shouldn’t have to be doing it on their own, as it seems to be, but I look forward to seeing Tuam realise their ambitions.  While some of my neighbours mightn’t agree, Tuam is the ‘Home of Football’ and this should have been a priority after Pearse Stadium was completed.

It’s unfair not to mention the good work done to enhance Pearse Stadium and Kenny Park but when the lights arrived in 2014, the goalposts changed and Ballinasloe should have been a major priority!  And it’s about time this was highlighted!

I’m not expecting Galway verses Offaly in the Leinster championship in the immediate future.  The terracing needs to be finished and other work needs to be done.  But they could start with introducing a few more club championship games into the evening slot.

You can’t beat the late-night atmosphere that comes with sporting occasions.  Just ask Connacht Rugby fans, or Dublin or Waterford hurling supporters who play the majority of their domestic championships under lights.

I’m not suggesting Galway does that and I am a traditionalist in regards senior semi-finals and final should be played on a Sunday afternoon.  But it’s a big sporting county that needs four top quality venues.  In the beginning of 2018, the county under 21 football final was played in Bekan, in Co. Mayo!

A few more double headers and it’s something that could catch on.  The finals can stay in Pearse Stadium.  We witnessed Killimordaly beat Ballinderreen last Friday night in a straight shoot-out with a sizeable crowd and nobody was complaining about having a weekend off.

And the crowds that have packed in for the underage hurling finals haven’t left disappointed with their evening’s entertainment.

When everything settles down in Galway (on the field and otherwise), Tuam and Ballinasloe should be given full support in becoming the arenas older generations talk about fondly from a bygone era.

And next time, there need an on-air discussion about grounds in Co. Galway, let’s have a conversation about whey these grounds aren’t up to scratch in 2018 and what needs to be done.

We don’t need to waste time talking about who has the lights.  Because at the moment, Galway GAA them!  And until Galway GAA starts taking advantage of them, we’re wasting time, and money, talking about elsewhere.