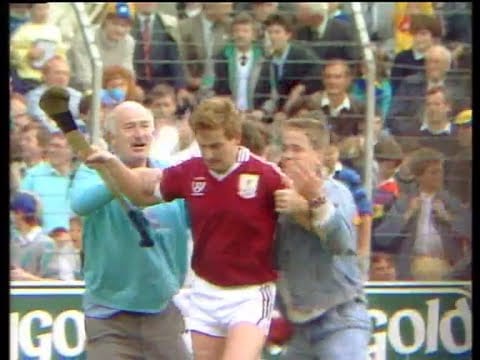 The career of one of Galway’s greatest players Noel Lane will be the focus of tonight’s Laochra Gael programme on TG4.

Hi most memorable moments came in the successive McCarthy Cup acquisitions in 1987 and 1988 when he came off the bench in both finals to get the match winning goals against Kilkenny and Tipperary respectively.

Galway are Magic but can they do it again on Sunday? Here's Noel Lane's Famous 88 Goal. Enjoy Tribesmenhttps://t.co/YyPd5Szm4L via @YouTube

Named at left corner forward in the Galway Hurling Team of the Millennium, the Ballinderreen man also enjoyed success with his club and played in the 1978 County Hurling Final.  In their first appearance in the decider in 40 years, Ballinderreen finished level with Ardrahan before losing out in the replay.

Lane’s commitment to Galway didn’t finish with his playing days as he became manager of the senior hurlers in 2000 before leading them to an All-Ireland final the following year before they lost out to Tipperary.  After a one-point loss to Clare in the 2002 quarter-final, Lane’s two-year term was up.

He won All-Stars in 1983 and 1984 and was involved in five winning Connacht Railway Cup teams.  And a remarkable career will be remembered which also saw Lane compete in eight All-Ireland Finals.