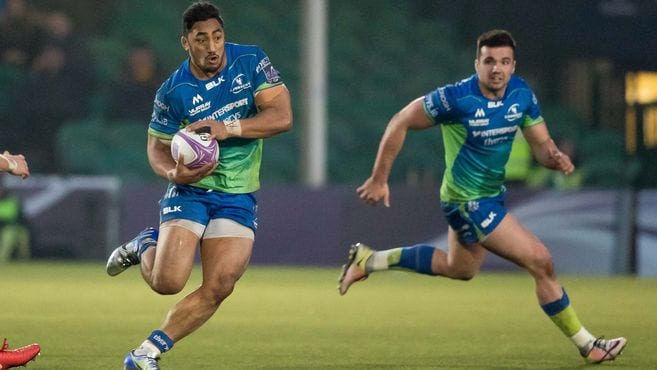 Connacht completed their Pool Five campaign in the European Challenge Cup on Saturday as eight tries in the Sportsground set up an Easter meeting with Gloucester in the quarter-finals.

Niyi Adeolokun struck three tries in a dominant first half as Connacht made light work of bottom side Oyonnax with Bundee Aki, Tiernan O’Halloran, Matt Healy and Tom Farrell also getting over the whitewash.

ICYMI:
HIGHLIGHTS | Relive the action from yesterday's 8 try victory over Oyonnax. It sealed a home @ERChallengeCup quarter final in the Sportsground.

Adeolokun opened after just 22 seconds after good work from Kieran Marmion and, in the complete opposite to their trip against Worcester, Connacht had two tries scored in as many minutes.

Conor Carey and O’Halloran provided the impetus for Adeolokun to get over the line and after Aki and O’Halloran registered their five-pointers to secure the bonus point, Adeolokun concluded his hat-trick in the 31st minute.

Axel Muller and Daniel Ikpefan got tries for the French outfit before half-time but Matt Healy crowned his 100th appearance for the Irish province with the sixth try on 33 minutes.

Connacht were in control as both coaches emptied their benches.  Substitute Tom Farrell got the seventh Connacht try with 13 minutes remaining before constant pressure secured a penalty try in the closing stages.

“The continuity of our game in European competition has allowed us to develop and has given us a bit of confidence and belief. And the ambition we’ve been seeking, it’s been a good platform for us to achieve that.

“It’s a challenge (Gloucester) for us. It’s nice to be a part of it. We’ve had some disappointing results and we’ve thrown a few fixtures in the Pro14 away, dare I say it. We’re disappointed about that aspect but we have to look at the positives. This (competition) offers us an opportunity to perhaps get some silverware.”

Connacht will face Gloucester in the Sportsground between Thursday, 29th March and Sunday, 1st April.  Details to be confirmed. 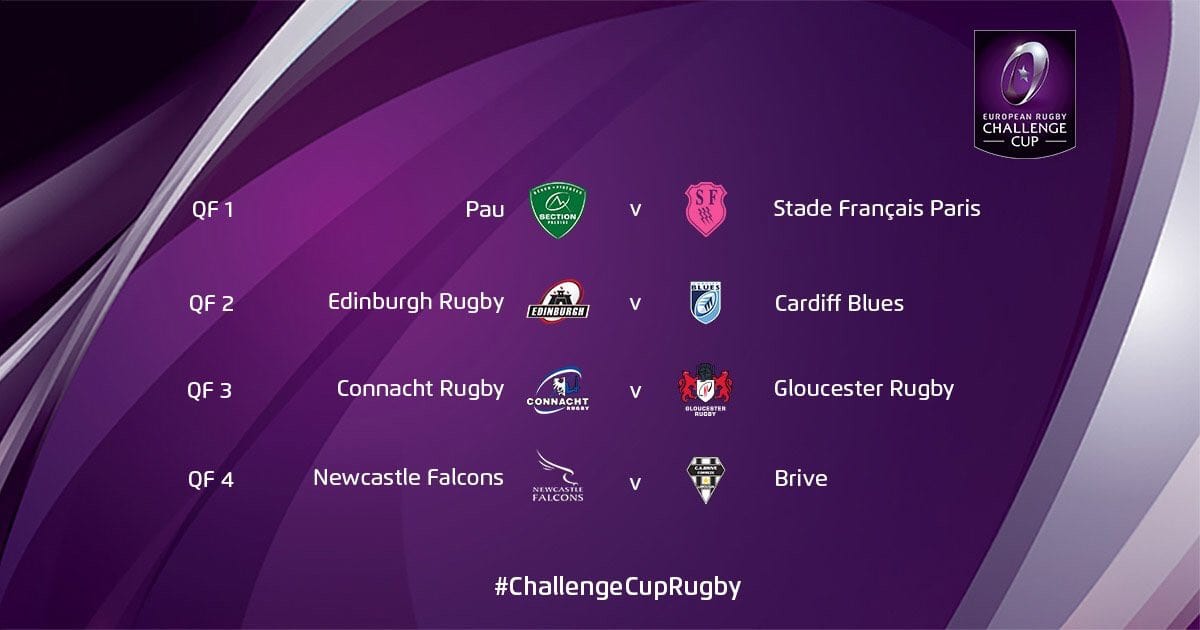