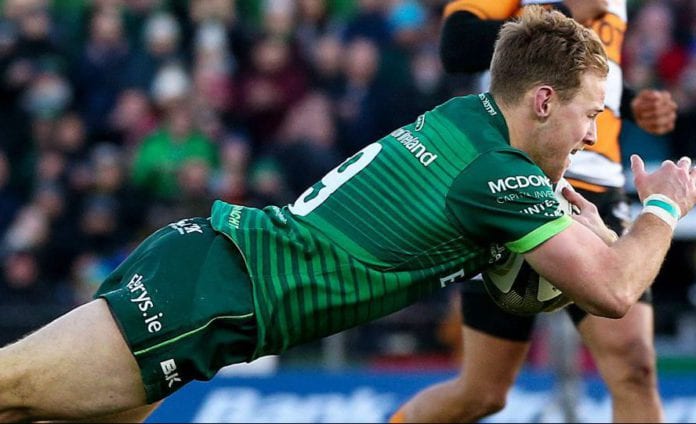 Kieran Marmion will be taking his place on the starting side for Connacht v Montpellier this weekend after recovering from a back injury.

Connacht and Montpellier are facing off for the Champions Cup in an away game on Sunday, kicking off at 3:15pm Irish Time.

This will be Marmion’s first time playing with Connacht since last November, when they triumphed over the Ospreys in the Sportsground.

Commenting ahead of the game, Connacht Head Coach Andy Friend said: “We had a great win over Montpellier in the opening round but we are under no illusion that the return leg will be a huge challenge.

“We have picked a strong side and are aiming to win the game and regain some momentum ahead of an important block of games coming in the Pro14”.

Friend added that they are delighted to have Marmion back with them, saying “He has been out since November and has worked really hard to get back on the field. His experience alongside Jack Carty, will be a boost to us on Sunday”.

The full Connacht side for Sunday’s game is: