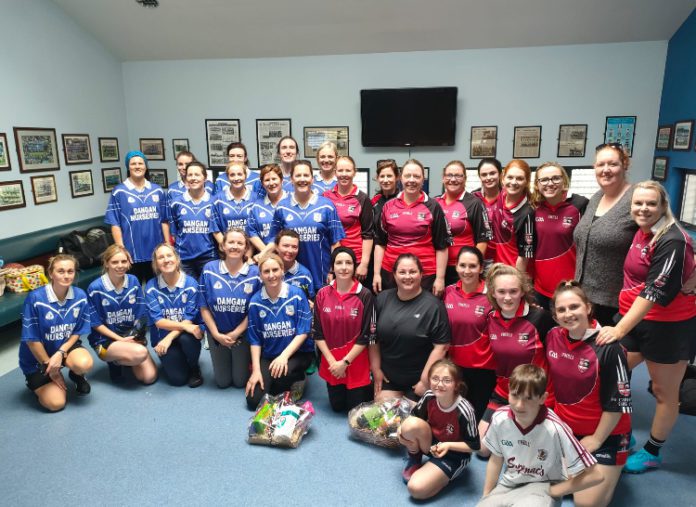 Over 100 people took part in the Galway City Ladies Blitz on Monday, which saw spectators treated to a fantastic day of football with goals galore.

The inaugural Galway City Ladies Blitz was organised by Gaeil na Gaillimhe, and hosted by St Michael’s Ladies GAA at the Westside Playing Pitches and Clubhouse.

There were eight matches played throughout the day with each lasting 20 minutes.

On the day itself, there were also two Mothers and Others teams competing.

Fr. Griffin’s Éire Óg played against St. Michael’s Mothers and Others team in what was yet another fantastic competition.

Having played three matches against each other they were tied, and a penalty shoot out was required to decide the eventual winner as Fr. Griffin’s Éire Óg took home the title.

Following the successful event on Monday, the organisers said that they look forward to organising the Ladies Blitz on an annual basis.