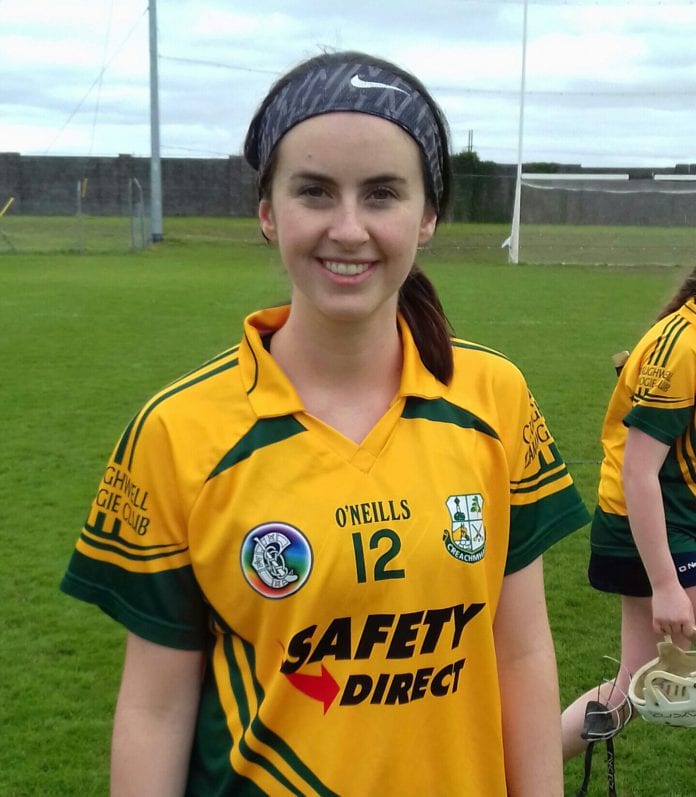 League champions Craughwell got over the line against a dogged Ahascragh/Caltra outfit to secure a county final spot against Carnmore and the chance of a domestic double.

While Adrian McGrath’s charges looked comfortable on the scoreboard, their opponents were always one strike away from asking serious questions and had a penalty saved along with being narrowly denied some late chances.

Leanne Freaney, celebrating her 20th birthday, top scored with eight points but Sinead Gaffney’s goal after the restart gave Craughwell a controlling cushion and ensured their place in the final.

“Today was some grind,” said Craughwell captain Shannen Freaney.  “We knew coming into it that it was going to be tough.  There was four team left and there was absolutely nothing between the four teams.  We knew whoever we were playing of the three (that) it was going to be an absolute battle.

“And it was!  And in fairness to Ahascragh (Caltra), they put it up to us.  They didn’t give us an inch.  It was very hard to get scores.

“We eventually got into it in the second half and came out strong.  It’s a thing we need to rectify why we aren’t starting straight away.  But we wouldn’t be happy with our performance there today and looking at the other semi-final (draw), how we played today I don’t think is enough.

“Judging the other two teams, that was a brilliant semi-final.  So, we know we’ve a lot more to give.

“We just got the lucky break at the start of the second half.  We weren’t happy with the first so at half-time there, we’d a serious chat with ourselves and we came out all guns blazing with that goal.  But again, we were never out of sight ever.

“And Ahascragh were very threatening, a 21-yard free as well.  There was nothing in it really.  We had to keep pushing on.

“As I said, we aren’t particularly happy with that performance.  (We were) lucky to come away with the win I think.  Looking at the other semi-final, we really need to push on.  I suppose it’s a new thing for our club to be in an intermediate county final.

“I know we didn’t have the league title in 25 years so I don’t know how much longer it is since we had the county final.  So, we know this is our one chance.”

Craughwell will face Carnmore in the 2018 Duanes Intermediate Camogie Semi-Final.  Details of the fixture have yet to be released but it’s expected to take place the weekend of Sunday, 21st October.