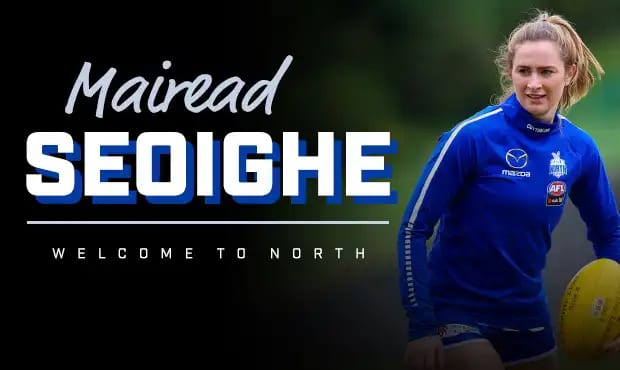 Galway woman Mairead Seoige is making the move to Australian football after being signed by the North Melbourne Tasmanian Kangaroos.

The AFL reports that Mairead is the first Irish football player signed by North Melbourne after being scouted through the Crosscoders programme.

Mairead has prior experience with Aussie rules having previously captained the West Clare Waves in 2018, and is currently playing for the Galway Ladies’ side as a front-half.

She said that this is something she’s had in mind since last season. “I always had the vision of ending up there in 2020. At the same time it all came on so fast in the last couple of days”.

Mairead added that she’d heard good things about the club, and family already living in Melbourne had told her that it’s a cool city to live in.

North Melbourne list manager Rhys Harwood said that Mairead is an extremely versatile player and that he expects her to adapt to the competition in Australia quickly.

“Mairead has demonstrated an exciting ability to move across the Gaelic field, and combined with her size and strength, we think she has the attributes to make a successful transition to AFLW”

Eleven Irish players in total have been signed for Australian football teams in the season going into 2020.