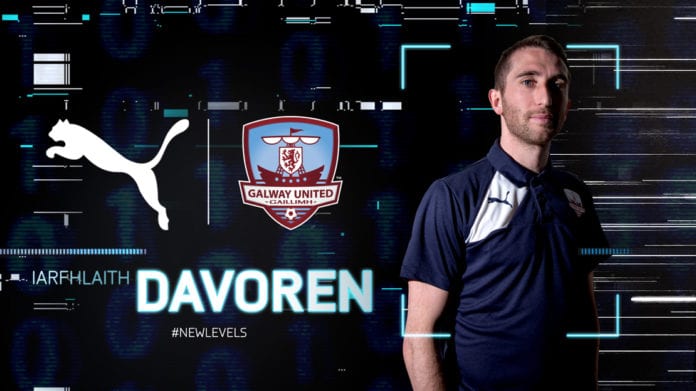 Galway United have completed the signing of Iarfhlaith Davoren as a player coach.

Comining back to Galway United after almost decade away, this will be Davoren, third run with the Tribesmen.

Davoren first played for Galway in 2006, and made over 50 appearances for United in two separate spells which were broken up by a move to Longford town.

In 2010 he joined the Sligo Rovers and won a strings of victories where the team won the Premier Division, three FAI Cups and an EA Sports Cup over four season.

He signed with Cork for a while, before returning to the Rovers for a second run.

Returning to Eamon Deacy Park noe, Davoren said that taking up the dual role was the perfect way to get back with Galway United.

“I’m keen to continue my progression as a coach and I’m also very excited about playing in the coming season. I’m currently studying for a Masters in Sports Performance”

“I’ve always enjoyed a great relationship with Alan Murphy, going back to when I was playing alongside him,” said Davoren, adding that they see the game in a similar way. 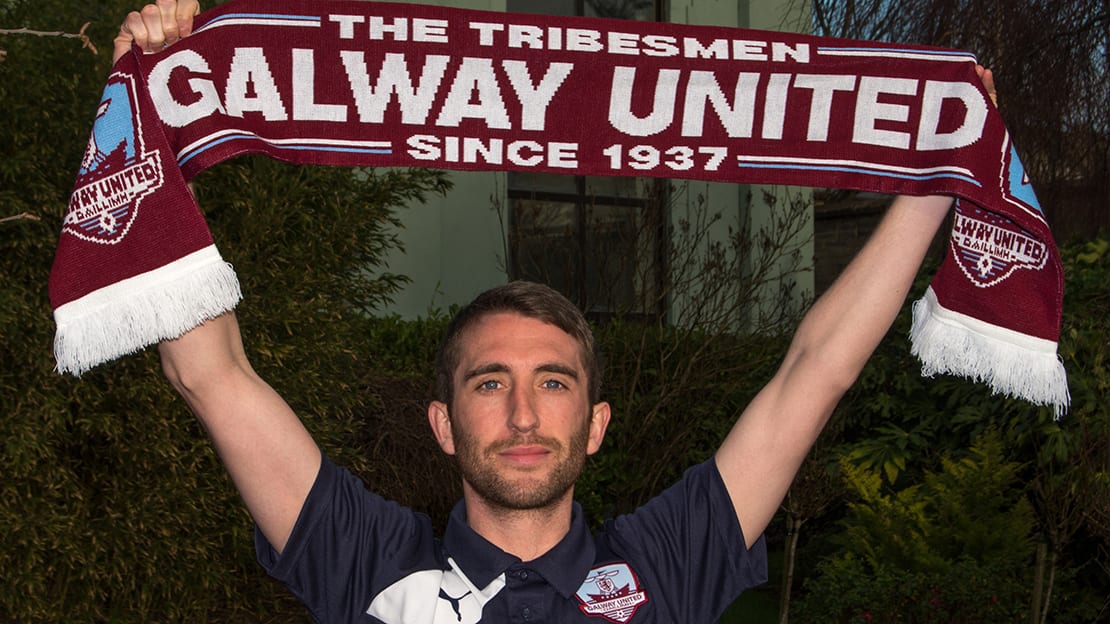 After leaving Sligo Iarfhlaith took a trip Stateside to join the Tulsa Roughnecks in Oklahoma, where he stayed for two seasons.

Afterwards he hit the coast and was a player coach with PSC FC in California.

When Alan Murphy got back involved with the club last year, he got in touch as he was considering coming home to Ireland at the time.

“We met on a number of occasions in the off-season and I was hugely impressed with the plans he has been putting in place for the team and the club as a whole.”

“It’s a talented young squad that is benefiting from a few more experienced heads and it’s a great fit for me,” Iarfhlaith said.

He hopes that he’ll be able to pass on some of the wisdom that senior players like Joey N’Do gave to him onto the younger lads.

Alan Murphy spoke at length about the kinds kinds of players the club needs, and said Iarfhlaith is the perfect choice.

“He comes back in with a fantastic footballing CV, in terms of pedigree and achievement.”

“For ProjectDNA, we’ve identified the sort of people we want at the club and as a serious professional that really wants to buy into the project, Iarfhlaith fits the bill perfectly.”

According to Murphy Iarfhlaith and other senior members will play an important role bridging the gap between the players and the coaches at Galway United.

“They all bought into the plan when I met up with them, but having been in training for a while now, they are extremely excited to be working with this talented group of young players.”