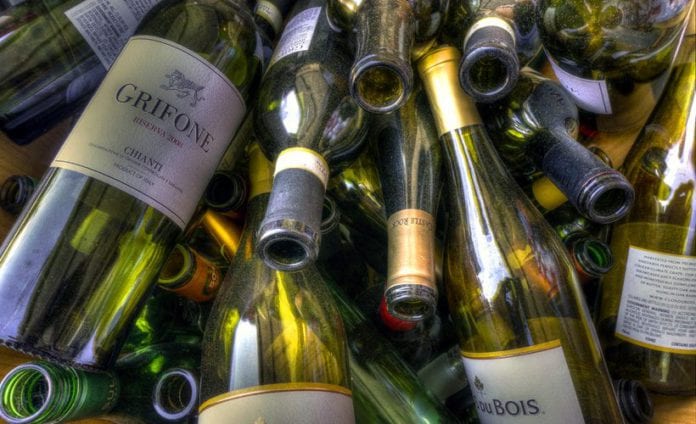 Galway city council has called for CCTV to be installed at bottle banks in the city to tackle illegal dumping at them.

Councillors said that people are seriously abusing bottle banks by dumping bin bags of rubbish at them.

At this month’s meeting of the city council, it was asked why there wasn’t more being done to prevent dumping at bottle banks.

Councillor Ollie Crowe said that he was “baffled” that cctv previously present at bottle banks in the city had been shut down by the council.

He pointed out that cctv cameras at the bottle bank in Westside has been turned off for the past year.

When he passed it recently, there were 20 to 25 black bin bags piled up around the bottle bank Councillor Crowe added.

The city management said that while the council was free to install cameras where it pleased, there are issues about how the data collected can be used because of GDPR.

The council is currently seeking legal advice on how to proceed and promised to return to the matter to the elected representatives when more is known.

Councillor Pearce Flannery said that the bin bags being left out by people at bottle banks are a serious problem because the rubbish rarely stays in the bag.

“Birds, and rats, and cats and kids perhaps too are bursting them open,” he said.

This leads to rubbish being spread down the street by animals or the wind.

It was pointed out that this is a particularly embarrassing public issue for Galway as the city leads the nation in recycling efforts.

Councillor Frank Fahy wanted to know if it was possible to expand on the services available by adding plastic and cardboard recycling facilities at bottle bank sites.

The council was debating new bylaws governing the presentation of waste by homes and businesses when bottle banks were raised.

These bylaws are for private waste producers and do not affect public disposal areas like bottle banks.

Despite this Councillor Donal Lyons introduced a motion back by councillor Terry O’Flaherty calling for the city council to re-install cctv cameras at its bottle banks.

The motion passed with unanimous support from the council.