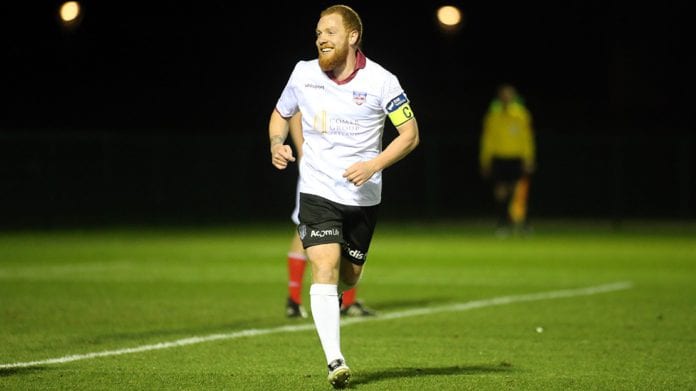 Galway United captain Ryan Connolly has said that winning the league is the club’s only concern as they get ready to begin their SSE Airtricity League First Division campaign on Friday.

Only the winners are automatically guaranteed promotion to the 2019 Premier Division with a series of play-offs involving the next three teams needed to decide who else makes the move up.

Play-offs tend to be a lottery where season form can count for nothing in the matter of a few weeks.  And after coming down from the top flight, Connolly and his teammates only have eyes on getting straight back up.

Ryan Connolly wants to avoid some Tribe tribulations in the play-offs as Galway United target automatic ­promotion this term. https://t.co/uhuOa5zMS4

“You can’t say we should come straight back up.  There are going to be strong teams in that division,” said Connolly to Owen Cowzer with the Irish Sun.  “If you don’t win the division, it’s very hard to get out of that, I think it’s another three two-legged affairs.

Connolly is back after a year with Shamrock Rovers and the 26-year-old is part of a major shake-up in playing personnel.  Stevie Folan, Ronan Murray, Gavan Holohan, David Cawley and Colm Horgan are some who’ve departed but Connolly is happy to be back.

“There have been some good signings and we’re looking quite strong,” he added.  “No, it didn’t really matter, I had a few offers in the Premier Division but I just wanted to get back playing and enjoying it.

“I know I’m going there and I will enjoy it. That was the main reason.”