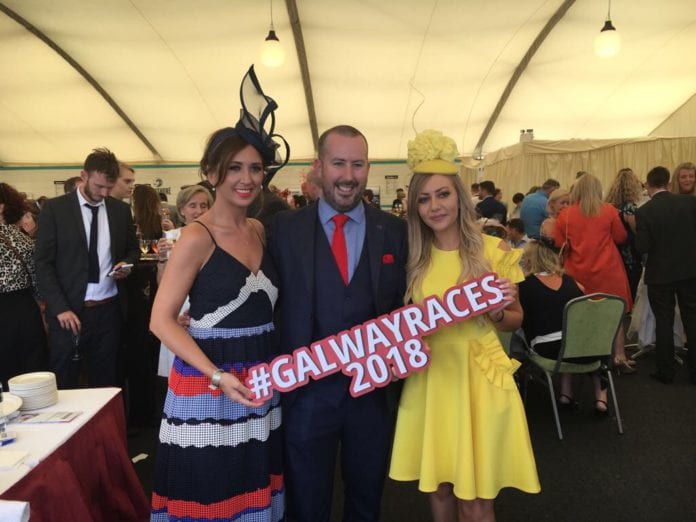 It’s one of the biggest days of the Irish racing calendar and Day 3 has arrived with everything gear around the featured race – THE GALWAY PLATE!

There’s a host of contenders in the €250,000 showpiece event that has delivered winners like Life of a Lord, Ansar, Lord Scoundrel and 2017 winner Balko des Flos.

With nearly three miles of running and 14 fences, the tote.com Galway Plate will capture the imagination and reveal the true form of all the horse competing.

After seven winners in two days, we’ve decided to throw our lot on Jury Duty and Davy Russell to be first past the post at 7.20pm.  But expect plenty of contenders including Snow Falcon, Koshari, Calino D’airy, Haymount and Slowmotion in the 22-horse field.

Galway trainers Pat Kelly from Athenry and Loughrea’s Herb Stanley could have something to say over the seven-race card with both fielding strong contenders.

Kelly has Dawn Raider running at 5.40pm and that horse will go close alongside Aydoun, Plouios, Santiago de Cuba and Apparition.

And octogenarian Stanley runs Beckwith Palace in the 8.00pm race and will be in with a serious shout alongside Mr. Top Hat, Beach Wedding and Spiorad Saoirse.

The first race looks all set up for Debuchet to take the spoils and kick-off the third day festivities at 5.10pm.  But the 6.10pm looks a much closer affair with Timetoget holding off the challenges of Ellie Mac, Ejayteekay and Biddy The Boss.

At 6.45pm Crecerelle is out but Willie Mullins’ Diamond Hill and Joseph O’Brien’s National Wealth will keep things interesting.

And in the final race at 8.30pm, Bronagh’s Belle is fancied ahead of Mr Everest, She’s A Star and Dalton Highway.