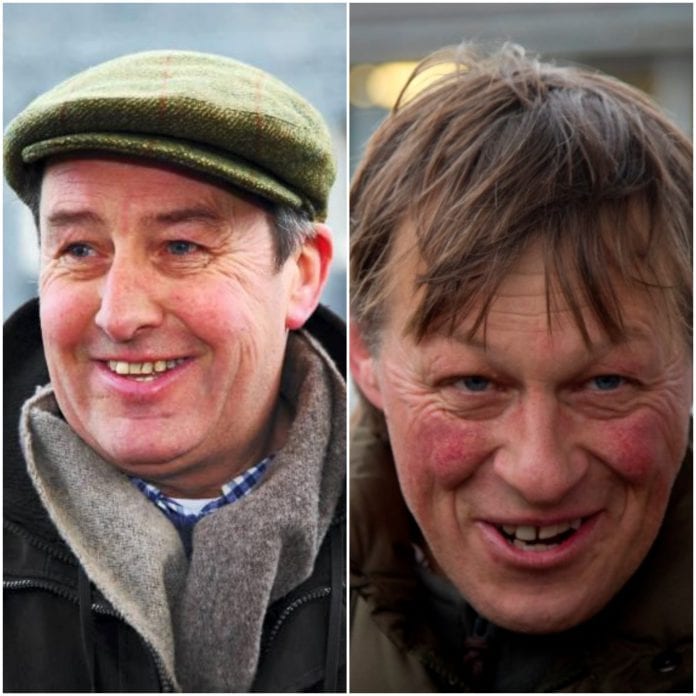 Willie Mullins took the early initiative on Day One of the 2018 Galway Races and that battle will catch the attention again on Tuesday with another seven races in the evening meeting.

Galway Daily had a profitable first day making racing predictions with four winners and two places on Monday.  We could have tripled your pot so hopefully, we can get another few shillings in your pocket in the Day Two action.

And two Galway based trainers Pat Fahy and Steve Mahon, will be hoping their horses are among the contenders when matters on the track take over proceedings.

There are some strong favourites on Tuesday with the opening race at 5.20pm Colm Quinn BMW Novice Hurdle set to give Willie Mullins his third winner in the form of Exchange Rate.  Ruby Walsh also set to win the opener again.

Mahon’s Carrig Cathal is among the contenders in the 5.55pm Latin Quarter Beginners Steeplechase but all indications point to Gusty Rocky, St. Stephen’s Green and Winter Escape to decide the honours.

Aidan O’Brien and Dermot Weld will go head-to-head at 6.25pm in the Colm Quinn BMW Irish EBF Fillies Maiden.  The formers’ Hermosa is strong favourite to get the better of Tarnawa but don’t rule out Jessica Harrington’s Pleasureable.

Lyons could kick off a memorable double at 7.05pm when Would Be King is expected to finally get his first victory in eight attempts in the Caulfield Industrial Irish EBF Maiden.  But Weld will also have Dabiyr in his ranks as he seeks a seventh win in 11 years.

After the feature, the 8.10pm Caulfield Industrial Handicap has Guanabara Bay catching attention but expect fierce competition from Ace of Diamonds and defending champion Serefeli.

And Pat Fahy will go for glory in the final races with his horse Stormy Belle among the favourites.  The 8.40pm Caulfieldindustrial.com Handicap is the hardest to call with two-time winner Beau Satchel lining up alongside Dance Alone and Ducky Mallon.

He's back! After nearly five months out, @Ruby_Walsh is a winner on his return to the saddle as Easy Game lands the opener at @Galway_Races pic.twitter.com/gszUw8xQsf