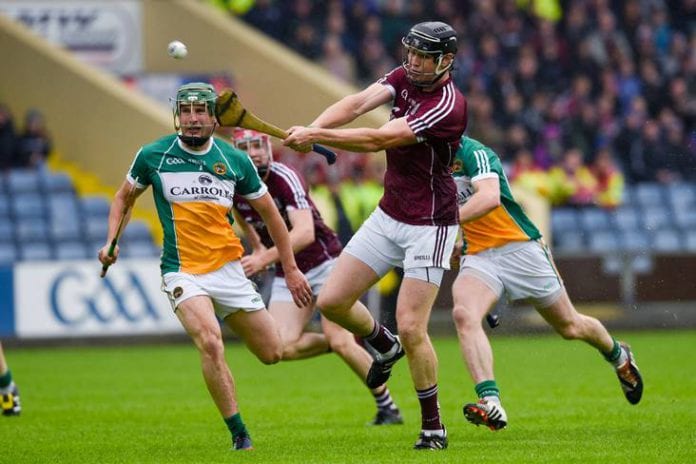 There wasn’t much activity from Galway supporters on social media yesterday (Sunday) as the Tribesmen picked up their third consecutive win to keep their National Hurling League defence on track in Pearse Stadium.

Offaly supporters were more vocal as they saw the positives from their team’s effort and know a trip to Laois next weekend could open up a quarter-final spot.

The Red card was criticised while some weren’t impressed by Galway’s first half display even if it was acknowledged there was more in the tank.

And one person went home happy after attending a Galway game for the first time.

Here is our selection of the top tweets from Galway vs Offaly.

Battling back well Offaly up in Derry the Hurlers did alright were never going to beat Galway & the margain of an 11 point defeat isn't the worst. #AllianzLeagues

Offaly going well in Galway and have a good breeze in second half.

HT. Galway 1-9 Offaly 0-8. Offaly competitive, frustrating at times as we could be closer. Galway look as if there’s goals in them. Trying to open Offaly at every attempt @MidlandsSport

No doubting Offaly's spirit and determination.
Galway monopolizing possession, which is a massive concern. And Offaly not picking up Galway runners from deep.
Offaly's 8 points and the 6ish wides sourced in Offaly's 'economical' hurling.

HT in Salthill Galway 1-09 Offaly 0-08. Scrappy enough game so far. Very stop/start and ref not helping. Joe Cooney is having a ball, Conor Whelan isn’t at the races at all today he looks tired. #GaillimhAbú

Galway out and ready to keep their NHL defence on track against Offaly at Pearse Stadium today #GAA pic.twitter.com/bDSBBJiyCH