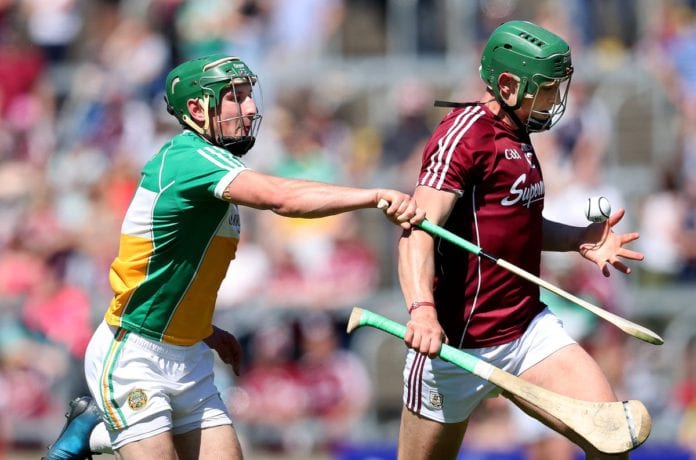 Galway’s senior hurlers made it three wins from three in Pearse Stadium on Sunday to set up a promotion clash with Limerick on March 4th.

Even though the All-Ireland champions travel to Parnell Park to face Dublin next weekend, the Tribesmen’s attentions will be firmly on the visit of the Shannonsiders to Salthill to decide who’ll progress to Division 1A in 2019.

Two Joseph Cooney goals proved the difference.  But even though nine of the All-Ireland Final team started, including the returning Gearoid McInerney, Donoghue was able to look at some of the new blood as he continued to give fringe players an opportunity.

“We have to use the league to give the younger lads an opportunity and will continue to do that,” said the Galway manager to assembled media afterwards.  “When they get the opportunity, they have to take it and Shane Cooney and Seán ­Loftus did well.”

Started on the @RTELateLateShow – Daniel Brogan, age 9, from Carnmore, Galway, who on Late Late Toy Show was given the chance to be Galway mascot for the day, on his way into the dressing room before Galway and Offaly at Pearse Stadium inPhoto by Matt Browne/Sportsfile @galwayad pic.twitter.com/7zFesnBpRH

Shane Cooney and Loftus were two of Galway’s bright lights along with the inform Davy Glennon.  Joseph Cooney and Cathal Mannion were also top performers in the half forward line.  And Jack Coyne and Kevin McHugo were given senior intercounty debuts.

The Tribesmen were criticised for their performances against Laois and Antrim but after a busy winter of engagements and the New Year’s team holiday, it was always going to be difficult to hit the heights of 2017 straight away.

And plying their trade in Division 1B is never easy as they are expected to account easily for opponents while keeping their preparations on track for the crucial summer matters.

“We had two hard weeks of training,” added Donoghue.  “And we were very conscious that there would be a bit of tiredness, but the attitude was a big step up and I know that the hurling will improve over the next few weeks. I think we are going in the right direction.

“I think overall maybe a better performance than the last two.

“The lads worked hard for the last two weeks and we’ll go in to another week’s training going into the Dublin game.”

Galway’s fourth game in Division 1B of the National Hurling League will be against Dublin on Sunday (25th February) in Parnell Park at 2pm.