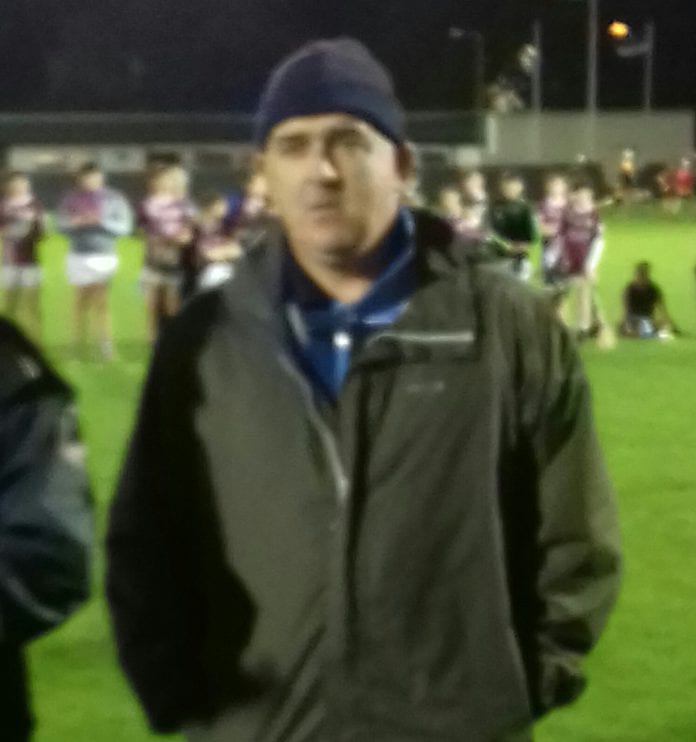 This was a shield final but the talent on show was from the top drawer as Oranmore/Maree picked up the victory surviving a late Athenry comeback.

Two Anthony Keady goals seemed to give the victors a comfortable result only for Ronan Jennings and Kelvin Langan to lead the charge in an Athenry fightback that saw get within two points after trailing 2-10 to 0-6.

“It was a great to get the victory this evening against a good Athenry team,” said Burke after the final whistle.  “We’ve a lot of work done over the season.  A lot of things happened today for us – some good things, some bad things.

“We got the scores at the vital times and we just kept it going, plugging away until the end.

“We were always expected that, that Athenry would not go down without a fight.  They’re a very traditional team.  (In) our lads, there’s great characters among this team and they showed it there this evening.

“It started in our back line and there was five or six lads involved in it.  Some of those lads play a bit of soccer as well and they just seem find one another.  And Anthony (Keady) was on the end of it not for the first time to score.

“The link-up play was good.  And 10 first half wides alright was a small bit of concern.  But we’ll always tell the guys, at least you’re creating the chances.  And they’re going to go over some days (and) other days they won’t.  But we got the vital score before half-time and it gave us a small bit of a cushion.

“We knew we were in for a big fight in the second half and we got it from Athenry.

“There’s a lot of good guys (coaches) in the clubs that works tirelessly right through the winter.  Those lads are given a few weeks off but they’ll be back again before Christmas working in the club getting ready for next year’s championship.  Because we’re looking forward to under 16 next year.

“We’re going to be up against it with all the teams that’s there.  There’s great talent there right throughout the county.

“There’s an awful lot of work being done there throughout the club right from under 5, 6, 7 years of age, right through the grades.  We have been there or thereabouts in underage in a lot of competitions for the last number of years.  And it shows the work that is being done there.

“It pays off!  On a night like tonight, you take great satisfaction from it.”