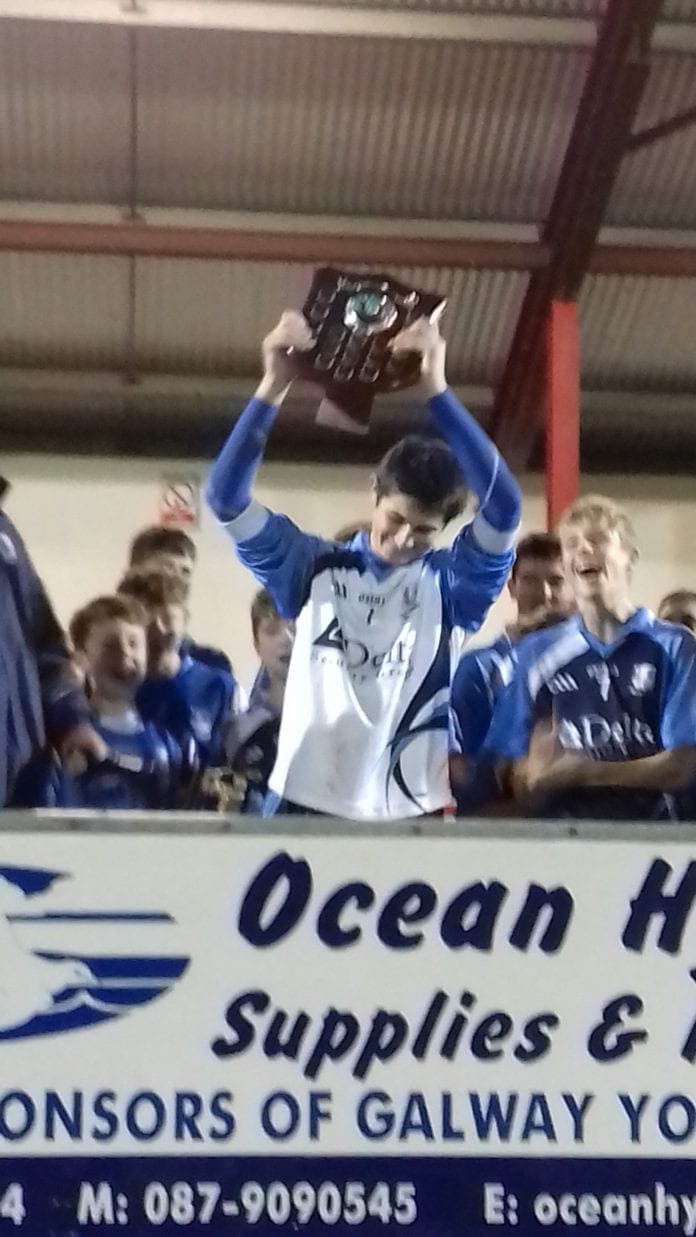 Oranmore/Maree survived a late Athenry rally to take a four-point victory and win the under 15 A hurling shield.  Richard Burke’s team were 2-10 to 0-6 ahead on 42 minutes after points from Anthony Keady and James Harrison.

Keady scored but Athenry truly back when Haverty started the move that led to Langan rattling the net on 55 minutes.  Another Langan free had just two in it.  But Oranmore/Maree find the resolve to add scores from Davitt and Grealish to carry the day.

Athenry got off to the perfect start leading 0-2 to 0-0 after just seven minutes.  Langan profited from Jennings’ run to split the posts before adding a free.  It could have been better as Eanna Brady’s low drive went wide before Oranmore/Maree opened their account through Davitt on nine minutes.

Despite 10 first half wides, Oranmore/Maree grew in confidence and Rory Burke intercepted an attempted clearance for the equaliser on 13 minutes.  And after Brady set up Ryan O’Donnell for Athenry’s third score, three-in-a-row had the boys in blue two clear.

Rory Burke set up Davitt to make it 0-3 apiece before adding two points himself.  O’Donnell kept Athenry in touch as Oranmore/Maree’s misses weren’t allowing them seize control despite Harrison finishing off for their sixth white flag.  But when they did finally strike, it was a goal worthy of the admittance fee.

Points for Harrison (2) and Keady gave Oranmore/Maree their 2-10 to 0-6 cushion before Andrew Lawless’ team threw caution to the wind coming up just short.