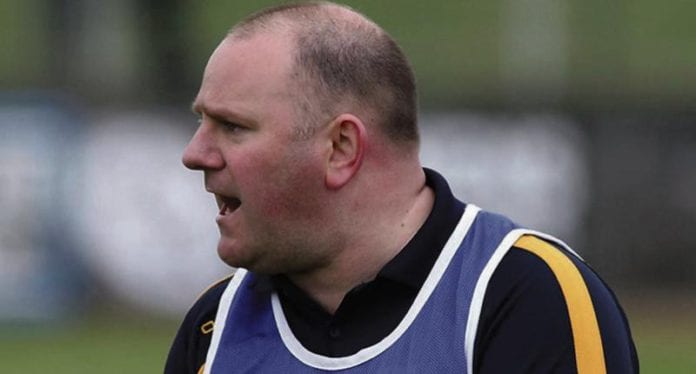 I was sad to hear during the week that Stephen Glennon had stepped down as Galway senior ladies football manager after two years in charge as I felt he really made an outstanding contribution to the game and has the county believing they can seriously compete for national honours again.

This isn’t just being said because he’s a colleague or that I consider him a good friend.  It’s simply based on statistics from their performances, results and where he left the squad from how he got it.

One has to look back to where Galway ladies football was two years ago.  You could argue they were in a civil war.  Boardroom changes were followed by different sets of players not making themselves available.  It was a major war zone fall out with catastrophic implications.

Firstly, I’m not criticising any previous incumbents before or now – officers or management.  When major changes take place, it has knock on effects.  And Galway did have two good managers in Kevin Reidy and Willie Ward (both who were wrongly let go prematurely).

But either way, an “outsider” coming in to try and start pulling people together again was no harm but I was as surprised as anyone when Stephen’s name emerged.

I wasn’t the only one.  Indeed, some of the things written on social media forums were shocking.  Generally speaking, many ladies football followers were appalled that a ‘Roscommon hurling man with no senior inter county experience’ was been handed the Galway ladies football role.

What many didn’t realise is that Stephen is very meticulous in his preparation.  We’ve covered matches together where I’ve seen him preparing an analysis sheet as well as standard match notes.  His dedication to detail is second to none and probably was just what Galway Ladies Football needed.

Many will have their feelings about how good he did and while we can talk about Winter Leagues and an under 21 football championship, it’s Connacht titles, two league semi-finals and an All-Ireland semi-final appearance that will mark his reign.

There’s no point saying anything different but 2017 was disappointing the way they exited the two national competition to Donegal and Cork by double digits.  But there was more bite in Galway ‘the 2018 version’ and the first half of their semi-final with Dublin was one of only two dreadful half hours all year.

It goes to show that managers usually need at least two years to establish their imprint on any squad.

However, his main legacy will probably be getting the band back together!  What I mean is that he got the playing panel working again as a unit.  Maybe not every ‘single’ player but there were different factions not playing for Galway in both 2016 and 2017 but that seems to be in the past now.

Players had genuine reasons and we don’t know everything that went on behind closed doors.  But for everyone whose passion is Galway ladies football, they look to be moving in the one direction now and that can be only good if Croke Park is on the 2019 radar.

Of course, Galway ladies football have to start looking for a new manager.  No doubt, Paul Gannon and his team will commence the work after this weekend’s intermediate ladies football final replay as they’ll want allow the team the best opportunity to prepare for the new season.

There are good managers in Galway!  It would be unfair to start contemplating who could come in.  The current backroom team has good names; current clubs have strong contenders; and there’s the couple of big names no longer involved with men’s teams who might fancy a shot.  We will watch with interest.

Stephen Glennon has played his part but I did feel there was another year in him.  That being said, he took the right amount of time to consider his place and I know that being back in college along with a young family, it’s hard to give the commitment required and he doesn’t do things by half.

Galway Ladies Football is on the cusp of something special!  A big decision awaits!