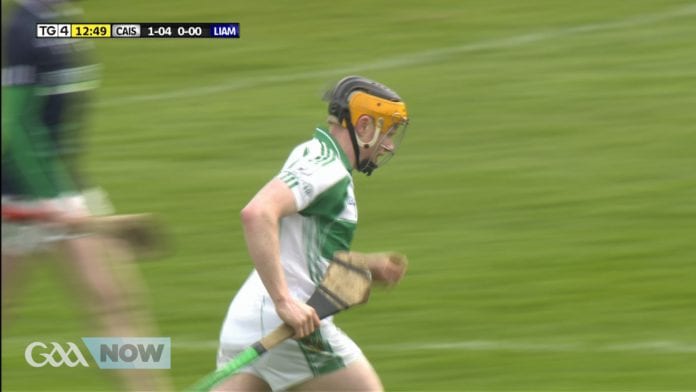 Late goals from Jason Flynn and Eoghan Nevin gave Tommy Larkins their second draw on Saturday as they finished level at 2-11 to 0-17 with St. Thomas in Duggan Park.

With Conor Cooney leading the charge supported by David, Bernard and Darragh Burke, St. Thomas led 0-10 to 0-6 at half-time.

But after Flynn’s 50th minute penalty put Larkins 1-10 to 0-12 ahead, points for Eanna Burke, Brendan Farrell, Cooney and Damien McGlynn looked to be enough for St. Thomas before Nevin’s equalising strike.

Defending champions Liam Mellows went top of the table after beating city rivals Castlegar 3-15 to 2-13 in Pearse Stadium on Sunday.

Castlegar had the wind and raced into a 1-5 to 0-0 lead thanks to Enda Concannon’s goal but Liam Mellows reduced arrears to 1-9 to 2-2 at half-time.  But they had two penalties though Castlegar’s Johnny Murphy saved the second.

Conor Kavanagh struck one of the first half goals and he added another in the second half as Liam Mellows went 3-4 to 1-9 ahead.  It was a lead they held despite Kevin Keane getting another Castlegar goal.

On Saturday in Loughrea, the two bottom teams clashed and Craughwell emerged 2-16 to 0-19 winners over Kilnadeema/Leitrim.