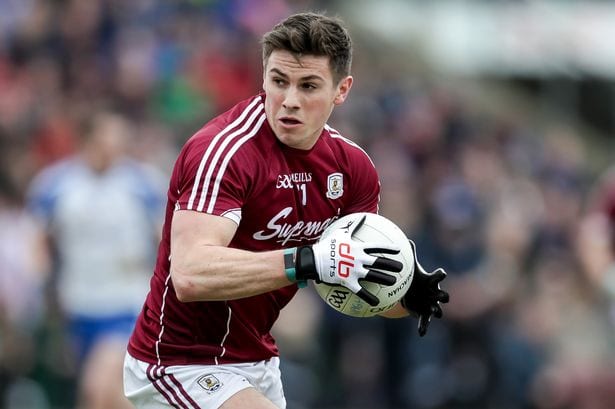 Kilkerrin/Clonberne’s Shane Walsh was the only Galway player selected on the Sunday Game’s Team of the Year when it was announced after the All-Ireland Football Final (2nd September).

There was no surprise of Walsh’s inclusion in the half-forward line after an excellent year where his ability to deliver crucial scores was instrumental in the Tribesmen making their first All-Ireland semi-final since 2001.

However, just one name was a surprise for the Connacht champions who saw fellow losing finalists Monaghan get two slots and players like Galway Daily Footballer of the Year Ian Burke, Damien Comer and Eoghan Kerin can feel unlucky.

Stephen Cluxton was named in goal; Jonny Cooper, James McCarthy and Jack McCaffrey in defence; Brian Fenton in midfield; along with Ciaran Kilkenny, Brian Howard and Paul Mannion up front.

Kilkenny was the unanimous pick for Footballer of the Year while McCaffery was named Man of the Match after their 2-17 to 1-14 win over Tyrone.

The Red Hands got two places after their final defeat with Padraig Hampsey at full back and Colm Cavanagh in midfield.  Karl O’Connell and Conor McManus represent Monaghan while Donegal and Kerry are also acknowledged through Eoghan Ban Gallagher and David Clifford respectively.

Shane Walsh with a late consolation goal for Galway pic.twitter.com/sK0fPdTiUS

The Sunday Game 2018 Football Team of the Year

Congratulations to Shane Walsh @Galway_GAA who has been voted by his fellow inter-county players as the @PwCIreland GAA/@gaelicplayers Player of the Month for June in Football! pic.twitter.com/Koh0lWwzyP