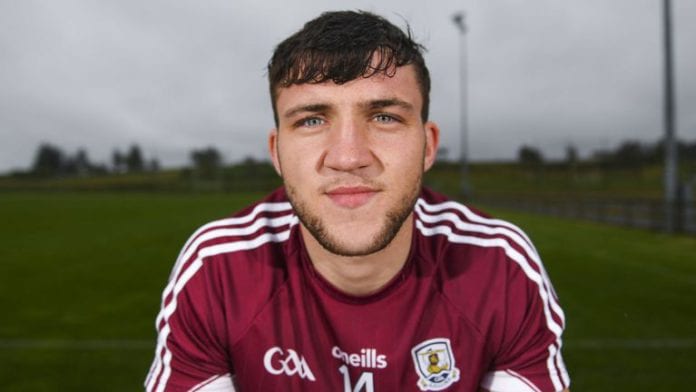 “Damien Comer was superb and he is my pick at full forward,” said Canavan in his Sky Sports column as he named him alongside Kerry’s David Clifford and Monaghan’s Conor McManus.  “A real productive year for him.”

Dublin dominated the team with seven players named.  Jonny Cooper, James McCarthy and Jack McCaffrey are in defence; Brian Fenton partners Brian Howard in midfield; and Paul Mannion and Ciaran Kilkenny line out in the half forward line.

Monaghan are next with three despite not making the All-Ireland Final through Beggan, McManus and Wylie.  Tyrone pair Padraig Hampsey and Colm Cavanagh are in defence.  Comer, Clifford and McHugh give Galway, Kerry and Donegal a slot each.

Comer was part of the All-Ireland Final build-up when he appeared on RTE Radio 1’s Saturday Sport (1st September) and suggested the introduction of an ‘offensive mark’ would encourage more kick passing.

“We have the ‘mark’ from the kickouts,” said the Galway captain.  “What about an offensive mark?

“That would encourage more kick passing. So, if the ball is delivered from inside the ’65 and you catch a clean ball, you would then get an opportunity at a free score. It would encourage kicking, a skill that is not much in our game now as there are so many numbers back.”

Damien Comer gets a point from a ridiculous angle! pic.twitter.com/pwzDjhoBCk

Peter Canavan’s Team of the Year: