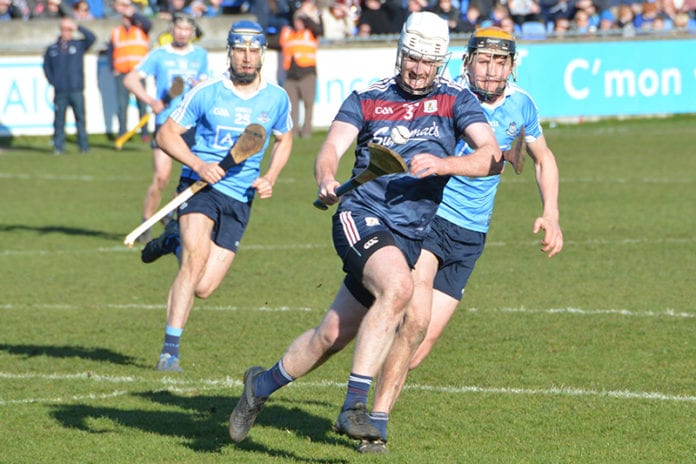 Even if laboured at times, Galway have overcome their first four hurdles and now face Limerick in Pearse Stadium next Sunday (March 4th) for promotion to Division 1A next year.

In Parnell Park on Sunday, the Tribesmen always kept control of the scoreboard with Jason Flynn delivering a quality performance.

The Tommy Larkins player was a late addition to the starting team but finished with 1-9, including 1-3 from play, as Galway secured their fourth win from as many outings.

Flynn split the posts four times at the start as Galway raced into a 0-9 to 0-2 lead.  And after holding a 0-13 to 1-5 interval advantage, Flynn struck the crucial goal on 53 minutes when  taking possession from a long delivery before hitting the net.

However, Dublin (whose first half goal came from Danny Sutcliffe) rallied until the closing stages as Liam Rushe’s penalty was saved by James Skehill.  And Galway’s margin was only three points before late tallies for Flynn, Brian Concannon, Cathal Mannion and Niall Burke ensure the result.

Congrats @Galway_GAA on the wins today. We like your #CamoKit – what do you think of ours? pic.twitter.com/9lEMM8LHpG

“I wouldn’t say we were playing within ourselves,” said Galway manager Micheal Donoghue after to the assembled media afterwards.  “That’s just where we are at the minute.”

“They’ve (the Galway players) been burning it up in fairness to them, putting up big scores so it’s (Limerick) going to be a big challenge for us.”

Both Galway and Limerick are through to the league quarter-finals but the winners of their clash will be promoted.

.@Galway_GAA manager Micheál Donoghue: "We want to get a more consistent performance over the hour."