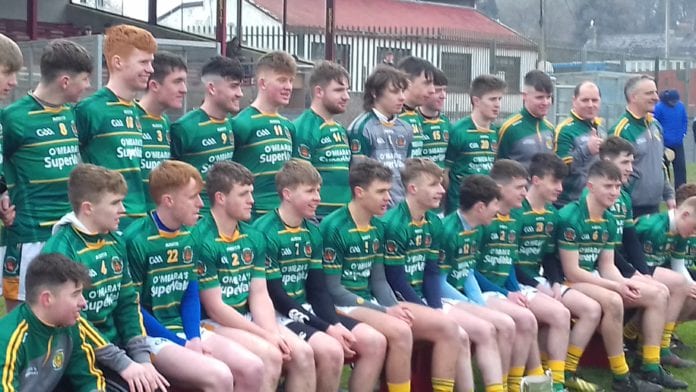 What a wonderful event this morning as Senior Hurling captain, David Jordan, hands over the Keith Hayes Memorial Trophy to Mr. Long, for the school trophy cabinet following the victory in Saturday‘s final pic.twitter.com/yE2KqHg0rr

Tynagh/Abbey-Duniry’s David Jordan was the winning captain and the wing back spoke to us after the game.

“It’s a great feeling,” said Jordan.  “The lads just put in a serious effort from the start and they never gave up.  And we kept ticking on the scores.  To be fair to Oranmore, they pulled it back there for a while at the end.  But we kept in the game.

“The backs worked tirelessly getting in hooks and blocks and they made sure there was no goals scored today.  And thankfully, they worked very hard.  And the forwards as well, (they) got a lot of scores as well.

“You can always trust the lads up front.  John (Fleming), he’s well able to take on a few scores and the lads inside as well.  When you hit the ball into them, they’ll convert.

Congratulations DJ! Our captain David Jordan raises the cup after defeating Calasanctius in the Connacht B final pic.twitter.com/0iReBZyFia