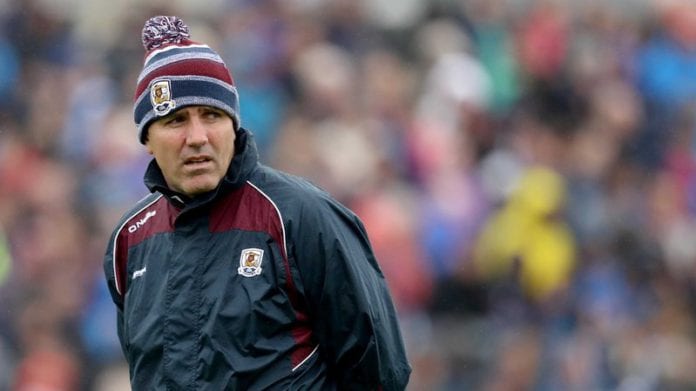 With all the activity over the last week, it’s easy to forget that Kevin Walsh’s Galway senior footballers are chasing silverware on Sunday when they meet Roscommon in the Connacht FBD League Final.

Don't forget the @fbd_ie sponsored @ConnachtGAA League Final is on tomorrow Sunday in Dr Hyde Park when we host Galway, it's preceded by the #AllianzLeague Hurling Match against Longford. See you there. #rosgaa #gaa pic.twitter.com/9G9DCcjFWz

This fixture caused outrage four weeks ago when both teams qualified but their final dead rubber round-robin tie scheduled for Tuam Stadium wasn’t doubled up as the final proper like what occurred in the Munster competitions.

Alas, the weather postponed that tie and forced the decision to be made and now these Connacht rivals meet again for bragging rights ahead of the summer.

It appeared to undo all Galway’s good work in consecutive championship wins over Mayo and they exited the All-lreland series at the quarter-final stage to Kerry.

Roscommon played out a memorable draw against Mayo before falling heavily in the replay.  And after league relegation, they’ve found the going tough in Division Two with just one win from their opening three games.

In contrast, Galway are unbeaten having taken the scalps of Donegal, Tyrone and Mayo in Division One but Walsh won’t be prioritising a seventh consecutive win in all competitions as he’s already stated that other players will get a chance in this fixture.

McStay is doing the same with 12 changes from the team that went down 0-12 to 0-7 to Down last week but Ultan Harney’s return and captain Ciarain Murtagh’s positioning at full forward is a statement of intent.

Galway are seeking a third FBD title in-a-row and but after three big games, the Corofin players’ absence and one-quarter of the panel involved in NUIG’s Sigerson Cup campaign, this will be about fringe players chasing jerseys and individual displays will be paramount as opposed to achieving a result.

On form, Galway should win this and avenge their Connacht Final loss.  But Roscommon may just need this win more for a morale boost ahead of their remaining spring fixtures.