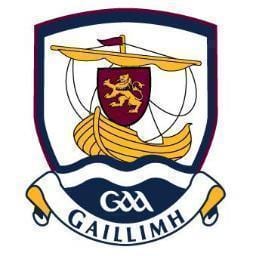 In all likelihood, they will meet two weeks later in the National Football League Final for the first time since 1967 but Galway get a chance to face up to the game’s elite on Sunday.

The Tribesmen are through to their first league decider since 2006 after last week’s 0-17 to 1-10 win over Monaghan.  And Kevin Walsh is 70 minutes away from completing a personal league grand slam having led Galway to the Division 2 title (2017) and Sligo to Division 3 (2010) and Division 4 2009) crowns.

However, Dublin are top of Division One and have a better scoring difference.  And their place in the final is not mathematical yet solely on the basis of them still to play Monaghan.  They must lose their two remaining ties while the Farney men must gain two wins.  Dublin have only lost once in three years!

This is the task facing Galway and while Walsh may look at squad options, he’ll know a strong display against Dublin will continue lifting optimism ahead of the summer and their key showdown with Mayo on May 13th.

Their counter-attacking style will be something Jim Gavin’s team haven’t faced and the visitors can expect a tougher task then their win over Kerry in Croke Park.  Interestingly, this is the counties’ first league meeting since 2011 when a 0-15 to 2-9 draw condemned the maroon and white to Division Two.

Dublin haven’t beaten Galway since a 1-10 to 1-8 win in the 2001 league (the exact same score as their last championship victory in the 1983 All-Ireland Final) and will expect to correct that.  Their strength in depth has reached legendary status and they continue to thrive.

Jonny Cooper, James McCarthy and John Small have been the pick of the defenders in front of Stephen Cluxton; Brian Fenton and Michael Darragh Macauley are blossoming again in midfield; and Ciaran Kilkenny, Dean Rock, Colm Basquel and Niall Scully have been a handful up front.

Galway have tightened up defensively led by Sean Andy O’Ceallaigh, Eoghan Kerin and Sean Kelly.  They only conceded their first 2018 league goal late against Monaghan.  And in Damien Comer, Eamonn Brannigan, Shane Walsh and Sean Armstrong, they have attackers who’ll relish trying to open up the Dubs.

Both teams are missing personnel but this is the showdown between this year’s top two sides.  Neither will want to concede any momentum before April 1st. But Dublin aren’t there yet and are not in the habit of easing up.  A good effort will be a decent work out for Galway.  But they may just come up short.

"There's been a lot of loose analysis on Galway. They're playing to their strengths."