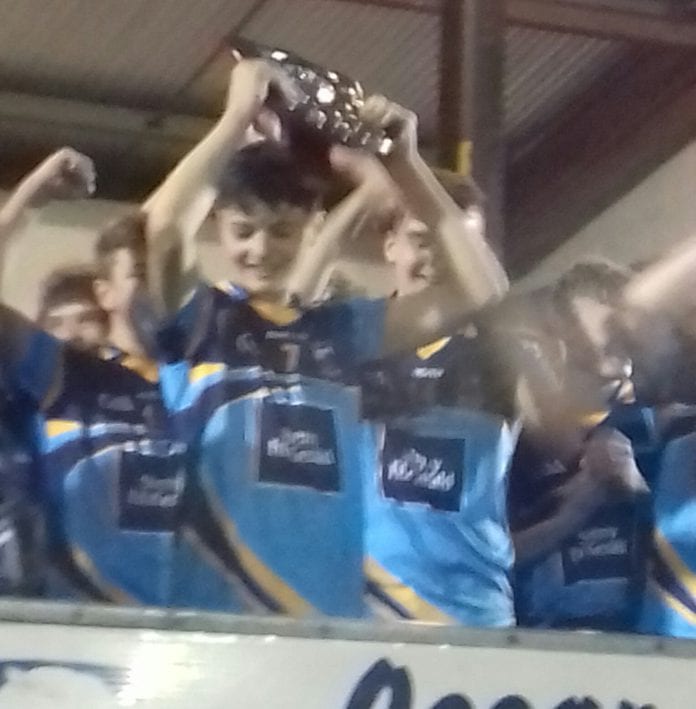 A contest with quality and fortune still hanging in the balance until the final few moments was arguably decided by a third quarter free taking exhibition as Salthill/Knocknacarra won the under 15 B1 Hurling Shield.

As well as striking two goals, it was six unanswered points in the third quarter that swung this game Salthill/Knocknacarra’s way.  Before the game ended with a welter of excitement, O’Flaherty’s accuracy gave the city side a 2-9 to 2-4 lead on the three-quarter mark.

The teams were level twice in the opening 10 minutes before this contest truly took off.  Sean Newell and Prendergast registered the Sylane points either side of a Salthill/Knocknacarra double from Mannion and O’Flaherty.

Things opened up on 12 minutes when Sylane got the first stroke of luck as Mitchell’s long ball dropped underneath the crossbar for a goal.  The momentum was with Kevin Brady’s team and Jamie Collins added a point but fortune was being shared equally as Salthill/Knocknacarra struck their three-pointer.

A speculative delivery saw O’Flaherty drop the sliothar towards the square but keeper Cormack Egan saw his grasp slip allowing Salthill/Knocknacarra their goal.  The city side were lifted as O’Flaherty levelled.  But there was no luck about the next goal as Mannion’s low strike made it 2-3 to 1-3.

Against the wind, Sean Gavin’s team were in control but Sylane were given a reprieve.  Newell sent Prendergast on the run for a green flag on 27 minutes.  And when Declan Heneghan found the target, Sylane led 2-4 to 2-3 at half-time.

After O’Flaherty’s frees gave Salthill/Knocknacarra a commanding position, Sylane struck 10 minutes from time when Keane got their third goal.

Salthill/Knocknacarra got another stroke of luck.  O’Flaherty’s long delivery saw Egan unfortunate to get caught out again as the ball nestled in the net.  Salthill/Knocknacarra were five ahead again but Sylane didn’t relent and Prendergast got their fourth goal giving them a chance.  But they needed another.