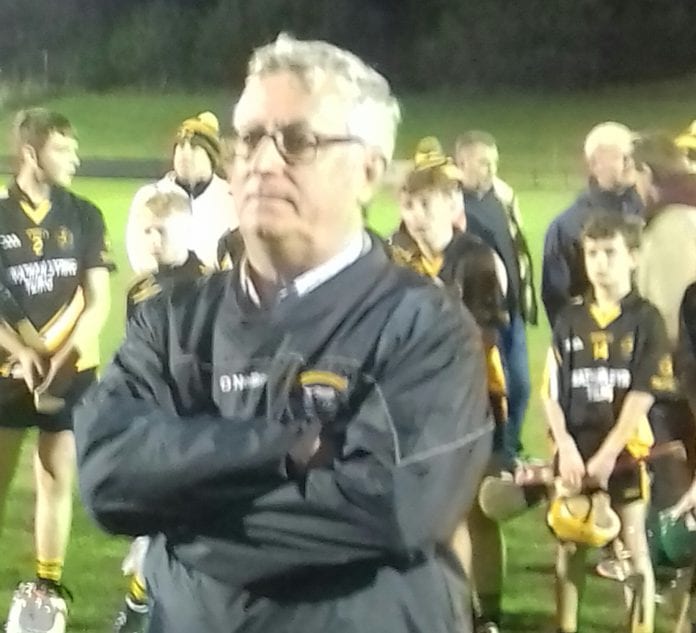 Even though they were comfortable winners over Sylane in the group stages, Salthill/Knocknacarra were left hanging on near the finish before finally closing out this decider.

Kevin Brady’s team led 2-4 to 2-3 at half-time and struck two late goals to create a grandstand finish but Salthill/Knocknacarra held on at the end.

Daniel O’Flaherty’s six unanswered scores in the third quarter were the key difference even if his two goals were also instrumental.  And he was awarded the man of the match afterwards thanks to an overall tally of 2-9.

“It was very exciting towards the end,” said Salthill/Knocknacarra manager Sean Gavin.  “I thought we nearly walked away without the spoils.  The lads dug deep.  They have it in them.  They’re disciplined.  We took our frees when we had the chances.  (I’m) very proud of them.  They deserved it.

“Daniel (O’Flaherty) deserved the man of the match.  He got those crucial scores at the crucial times.  Sylane came back into it.  We were quite worried.  They dug deep, they dug deep.  And they’re good lads.

“It was a very close-cut thing,” added Gavin.  “It was!  Sylane could have walked away with the shield today.  And Fergus (Hanney – captain) was right.  That was a totally different team that we played in Sylane the last time.  They’ve come a long way and we had to dig deep to get this one out.

“We’re waiting a long time to get some silverware in the club.  We deserve it and it’ll do the hurling the world of good.

“We’ve a great crew.  We’ve a good backroom team.  We’ve a lot of top rate coaches – Eamonn O’Shea (and) Edel Murphy.  They’re putting huge effort into hurling and camogie in Salthill and we’ll get rewards for it.”