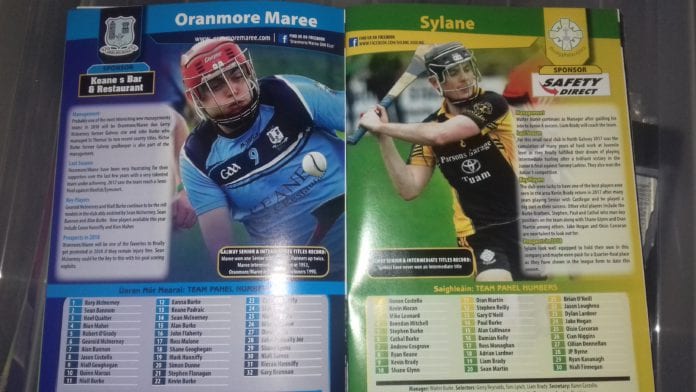 Oranmore Maree took care of Sylane with ease in the opening game in Group One of the Intermediate Hurling Championship.

The 2017 Junior champions started brightly with Kevin Brady from the placed ball and Shane Glynn on target leading 0-2 to 0-1 after three minutes.  Oranmore/Maree were dealt a huge blow just before throw-in with all-star Gearoid McInerney ruled out through injury.

Gerry McInerney’s side upped the ante landing the next five points through Ross Malone, Sean McInerney and Alan Burke.  Sylane began to find their groove and added points through Paul Burke, Kevin Brady and Stephen Reilly.

On 28 minutes, Galway senior star Niall Burke made no mistake from a placed ball to have Oranmore/Maree 0-7 to 0-5 ahead at the interval.  And the 2017 county semi-finalists slotted over the next six points with Niall Burke, Sean McInerney and Mark Hanniffy on target.

Walter Burke’s side were trying to keep within touching distance notching over points from Brady and Shane Glynn. The victors replied courtesy of a Niall Burke placed ball.

Sean McInerney and Reilly traded goals on 56 minutes before Oranmore/Maree sharpshooter Sean McInerney put his team out of sight with his second green flag.