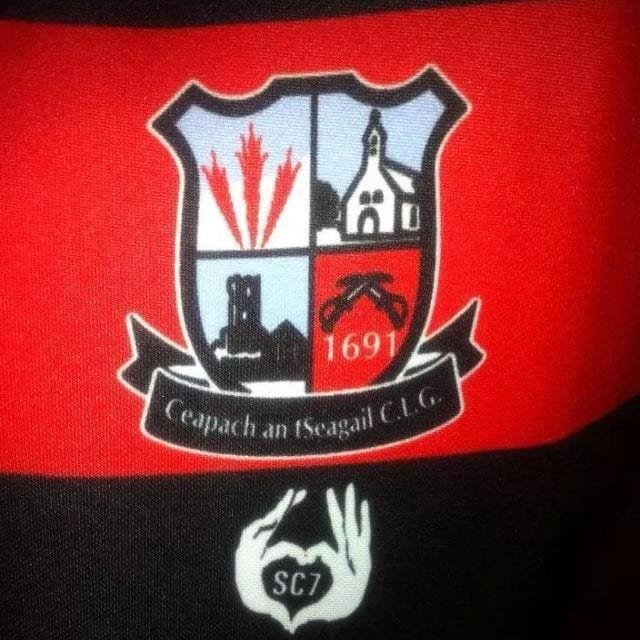 Two Jarlath Mannion goals in either half were the difference for Cappataggle in a contest that saw Loughrea have a disallowed point and drop to 14 men.

Neil Keary scored a Loughrea point but Cappataggle’s opener gave them a lift.  Alan Dolan’s delivery came to Jarlath Mannion who found the net on five minutes.  However, Cappataggle didn’t add again until Mannion scored on 13 minutes.  But that was to level at 0-4 to 1-1.

However, they weren’t seizing the initiative as Cappataggle led 1-3 to 0-4 on 20 minutes through Donal Mannion and Dolan.  Brian Keary arrested Loughrea’s drought 60 seconds later and Jamie Ryan restored parity before Jarlath Mannion gave Cappataggle the lead.

Ryan’s free sent the teams level at 0-7 to 1-4.  Dolan added a Cappataggle free just 35 seconds after the restart before Joe Mooney restored parity.  But the next shot was one of the game’s turning points.  Ryan went down the right, split the posts and the umpires raised the white flag.

Referee Derek Kelly took a few moments before disallowing the point.  Dolan pointed for Cappataggle but Loughrea replied immediately with two substitutes lifting their team.  Johnny Maher turned provider creating the gap and Martin McManus hit his first point to make it 0-9 to 1-6.

Dolan and Sean Sweeney traded but after the Capptaggle free taker made it 1-8 to 0-10, the influential Sweeney received a straight red card.  Jarlath Mannion and Dolan did add to Cappataggle’s tally but McManus, Brian and Neil Keary left Loughrea’s deficit at just 1-12 to 0-13 with 10 minutes left.

Cappataggle needed one key score and it arrived on 51 minutes.  A well organised move saw possession spill to Jarlath Mannion who gave Alan Madden no chance.  They’d finally put distance between them and Alan Dolan and Donal Mannion made it 2-14 to 0-13 with six minutes remaining.

But Mooney skipped through to get a Loughrea goal and Ryan struck a sideline and a free but when the final whistle blew, they were still two points short.  It was a massive win for Cappataggle but they did receive a blow before the finish when Claffey had to go off through injury.