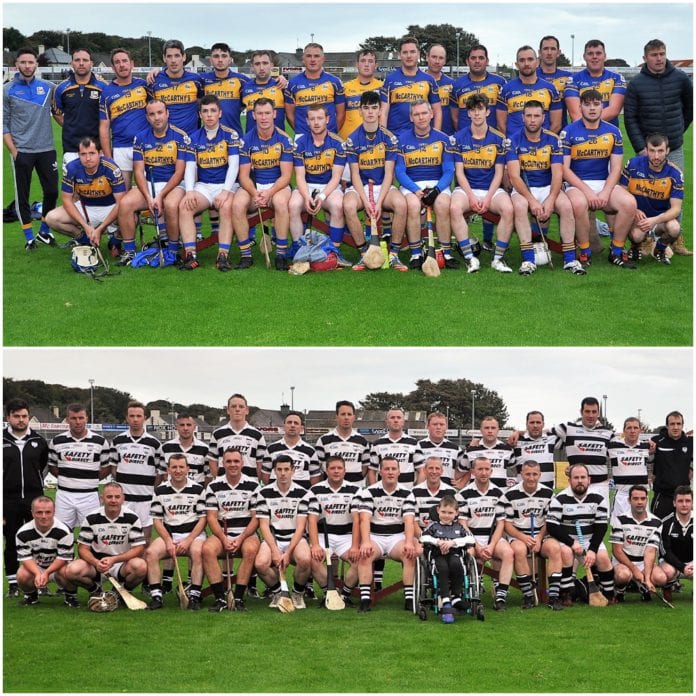 Kilbeacanty and Turloughmore will be forced to go again after a contest level seven times.  With 10 minutes remaining, Turloughmore were destined for victory as they led 1-13 to 0-12.  But Kilbeacanty managed to finish with four unanswered points started by two Conor Hennelly frees.

Kilbeacanty could have taken it on 58 minutes but Kenneth Corless’ shot saw an excellent save from Keith Hession even if the point was conceded.  But when Hennelly equalised in injury time, the inevitable stalemate was set.  It was no surprise taking events over the hour into account.

Kilbeacanty went 0-4 to 0-1 ahead on seven minutes.  Shane Moylette came close to an early goal after a Patrick Fahey delivery but Hennelly converted the resulting 65 before adding another free.

John O’Brien opened Turloughmore’s account but Kilbeacanty looked strong.  Moylette set up Thomas Broderick for the third white flag before Fahey and Mike McNamara were influential in Hennelly’s point from play.  However, Turloughmore weren’t to be undone and got back on level terms.

Francis Forde sent the ball across to the awaiting Joe Hession who struck first time off the ground to the net.  Oisin O’Donnell replied but Turloughmore were starting to win the exchanges.  Robert Dunleavey (2) and Donnacha Hughes put James Collins’ team 1-4 to 0-5 ahead on the quarter hour.

Francis Forde was the catalyst with two points inside a minute before frees for Shane Morris and Francis Forde (2) gave Turloughmore a 1-12 to 0-12 cushion entering the final 10 minutes.  When Francis Forde registered on 50 minutes, it looked curtains for Kilbeacanty but they came back.